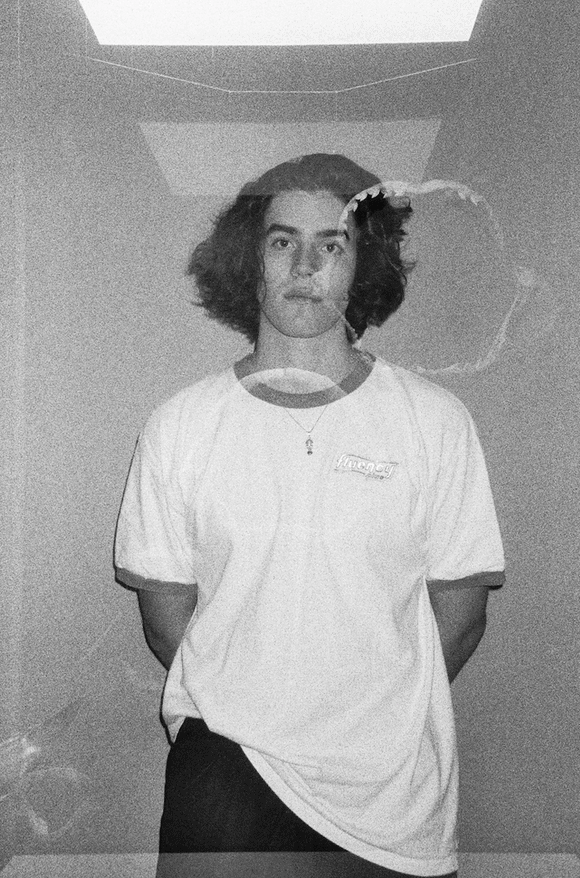 In 2020 Edwin Rosen self-released music for the first time. Without label, marketing, promo and without a big plan. Simply to process something personally experienced and let it out. Edwin himself invented the genre “neueneue deutsche welle” for his 80s-inspired new wave/post punk, which evokes to the likes of Joy Division, Boy Harsher and Molchat Doma. This hybrid style is a mellow approach at blending various genres and it’s something special. Now, the rising artist releases his first music video of the year for “leichter//kälter”, give it a watch below now and above the visual read a quote from Rosen on the release. Enjoy!

“When I first uploaded «leichter// kälter», I didn’t expect much and didn’t really promote the song and therefore didn’t film a video either. But then I was contacted by the Parisian experimental filmmaker Nicolas Medy. Nicolas was a fan of the song and wanted to ask me if he could use my song in his upcoming short «Nuit de Chine». I agreed and in exchange he cut the lyric video for «leichter//kälter» from footage from his archive, since filming was made rather difficult through the ongoing pandemic. «J’ai le nez dans le guidon» is Nicolas‘ theme for the video. His recordings help to underline the feeling of nostalgia and melancholia that the song also conveys.” – Edwin Rosen