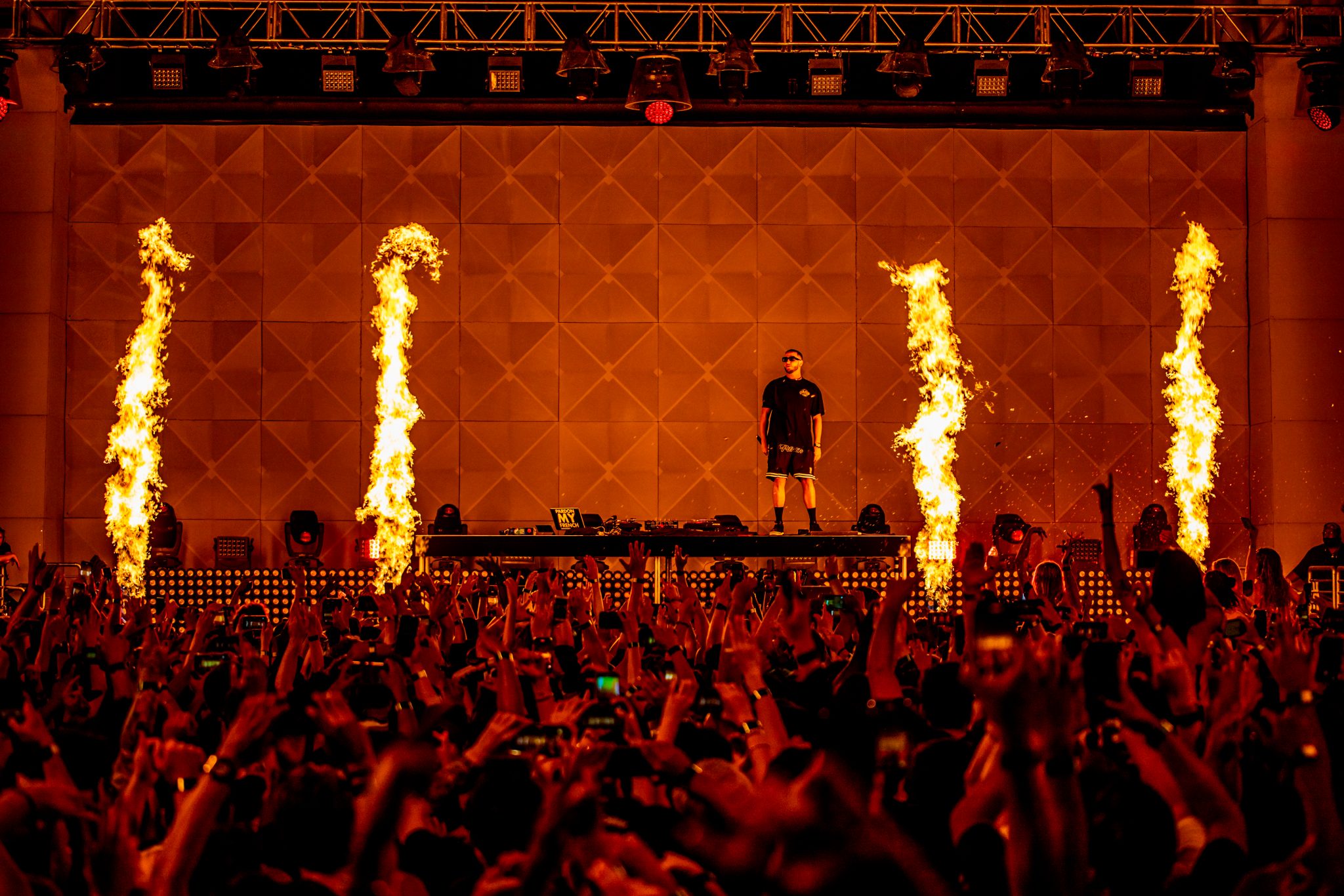 DJ Snake is known for his insane shows. New York got treated this past weekend when the Paris native lit Brooklyn up. A sold-out show at the Brooklyn Mirage is an impressive feat. Only a few big names get to say they did. Originally scheduled to only last until 2:15 AM, DJ Snake closed The Mirage down. His electric sounds matched with New York’s infectious energy led to a memorable night. With support from Westend, Perch and Carrie Keller, Brooklyn was in store for something special. DJ Snake has once again shown why his live sets are some of the best in dance music.

The massive open-air venue creates festival vibes right out of the gate. They have shows every weekend featuring almost every sub-genre within EDM. It can range from Jauz, Nora En Pure, deadmau5, and even up to the Mayan Warrior Art Car. The beauty about The Mirage is if you aren’t feeling the dance floor, you can simply walk up the various stairwells around the stage to get a birds-eye view. Avant Gardner will hit you with as much fire as possible. Fireworks too, if the moment is right. This place has it all for me and is why I return multiple times throughout each Summer.

If food is your thing, well they also have a spectacular menu. My friend actually got a steak sandwich and attempted to put hot sauce on it when the chef personally came out and told him not to. So, as you can see, they take it seriously. While the show was sold out, it isn’t incredibly crowded if you find the right spot. If you want to rage and get in some mosh pits, that is of course an option, but if you prefer your shuffle space, that’s available there too.

If you have seen DJ Snake, you know he is a time. He is one of the only producers that goes from dubstep to Latin vibes to house. He started off the night blasting headbanger after headbanger. Once the crowd was hooked, he started to play his classics like ‘Loco Contigo’ and ‘Taki Taki’ which of course were sung right back to him. He made sure to include his latest release with Malaa in too,

His set was electrifying, engaging with the crowd very often. He has made it clear that New York is “his favorite city.” Because of that, he played songs that maybe he wouldn’t at other sets. Given New York’s Hip Hop culture, he made sure to include some Pop Smoke and Kanye West. The crowd loved it.

Dance Music was of course the theme though. He had New York going “Left and Right.” DJ Snake also made sure to get the crowd bumping into each other like his famous video from his Paris show. As 2:30 AM approached he teased his ultra hit ‘Middle’ and then let it loose on NY. There is nothing better than hearing that live with some friends and loved ones. He then “closed” his set with ‘Let Me Love You‘ but as you can assume, the night did not end.

The Brooklyn crowd was loving life and DJ Snake decided to keep playing. His set progressed from his classic sound to heavy bassline Tech House. Everyone was still getting rowdy. His 3-hour set led to New Yorkers dancing the night away till 4:00 AM and it was a Summer night to remember.

If you want a night like those, DJ Snake is still on tour which you can check out here!