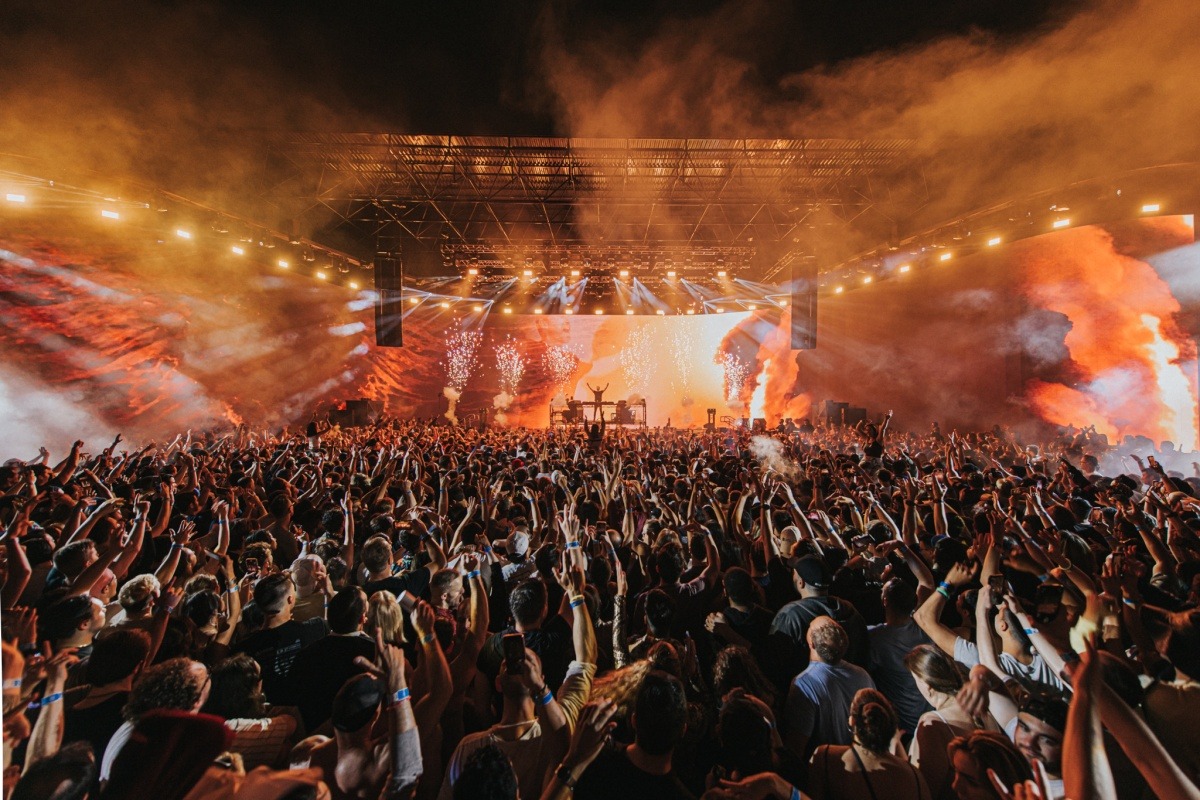 Last Friday, Deadbeats took over both the Brooklyn Mirage and Kings Hall. Zeds Dead, Boogie T, Deathpact, Sippy, and Superave lit up the Mirage while Blanke, DNMO, Bensley, and Nik P brought out the best drum and bass beats at the Kings Hall.

After arriving at the venue at 10pm, it was surprisingly packed very early on but that’s expected with such a stacked lineup. Deadbeats are one of the biggest labels, hosting some of the biggest shows in the world. The label group just recently performed at the iconic red rocks for their eighth edition of their show.

The Deadbeats crew got the night rocking right out of the gate. Superrave and Sippy had the place shacking with their neck-banging tracks. The crowd was super into it from the get-go. You could see Zeds Dead has a very loyal following. Boogie T was next and his funky take on dubstep was a fan favorite. He too is well loved in New York and people were grabbing onto whatever rail they could find. Deathpact closed the night off but we will get to that.

Zeds Dead came on for an hour and a half set filled with everything. They played all their classics from ‘Lights Out’ to ‘Blame.’ They also showed off some of their newer tunes like ‘Alive’ and ‘Gassed Up.’ The place was packed from wall to wall and getting down with it. One of my favorite parts is when they jumped into the house scene for a few tracks. I am not quite sure if they were IDs or not but it was clear Zeds Dead was showing a potentially new direction. They recently did announce a new sub-label called Altered States.

Deathpact closed the night off with a set till 4AM. A nice amount of the crowd stayed all the way to closure. The masked DJ has a way of working with the crowd. You could not sense that everyone was dancing for hours because people were still going wild.

All in all it was quite an incredible night. Zeds Dead and their dubstep community are super nice people. You always see fellow ravers helping each other out. Especially given that New York is going through a heat wave everyone was fanning each other off.