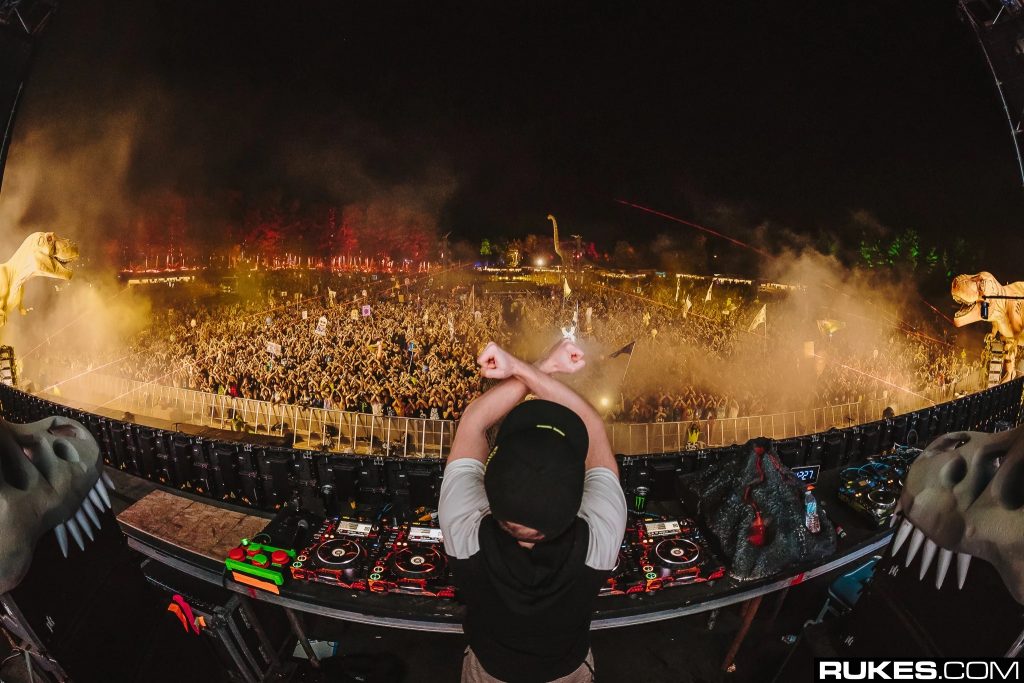 Who is ready to throw their X up in the sand? Excision teased a big announcement the other day on social media. It featured his logo drawn in the sand, accompanied by a message that read, “Announcement coming August 3rd at 12 PM PT.” Some fans speculated that Excision was hinting at a destination festival because of the waves and music in the background. Some were even calling it “Beach Lands” in the thread. Well – people were right. Today, Excision presented Paradise Blue – an all-inclusive resort/festival experience in Cancun, Mexico. The event will take place April 29th – May 1st 2022.

This announcement comes at a time right after Excision’s Lost Lands Reunion and before his Lost Lands Festival in September.

Excision has also confirmed via Twitter that he is producing a new album set to release in 2021. All we know for now is that his fan-favorite song Decimate is set to be on the album.

In recent years, Lost Lands has gained significant popularity for its detailed theme, stacked lineup, and fantastic staff (). As a result, it is one of the top destinations for bass heads and ravers alike.