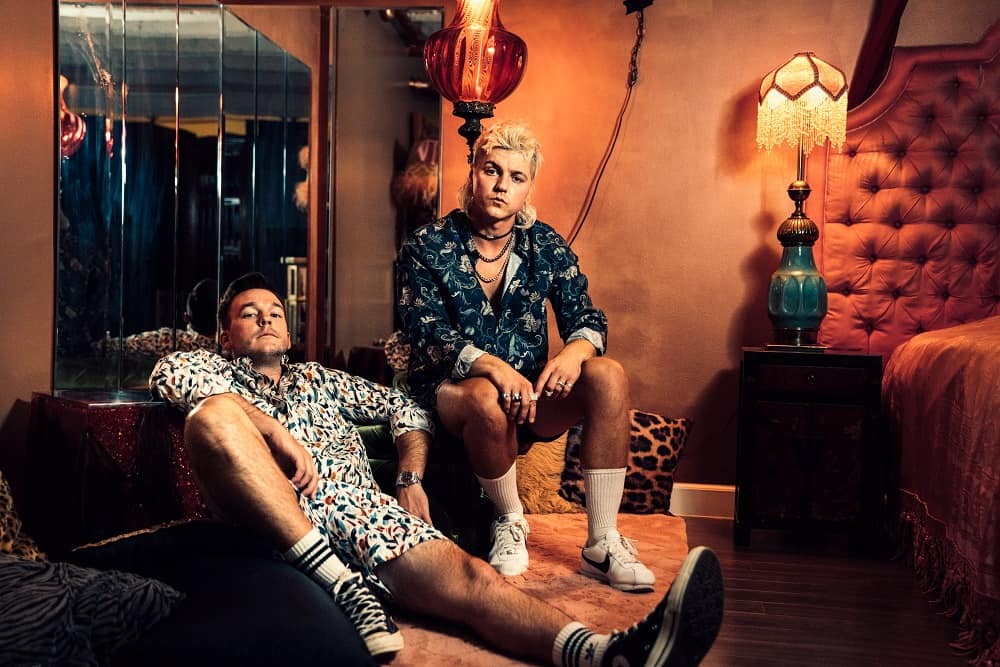 When two of dance music’s most exciting acts get in the same creative headspace, you know there’ll be fireworks for days. That’s exactly what happened when BRKLYN and Brando dove into the studio together during last year’s Amsterdam Dance Event and created their highly successful new single, “London Girls” in August.  Today, the American DJ/producer duo and L.A.-based singer-songwriter present their live performance of  “London Girls” out now for your viewing pleasure on Armada’s Youtube Channel.

A super-infectious collab between BRKLYN and Brando, ‘London Girls’ is as ear-popping as you can expect from these esteemed creators! Not only is the track an ear-popping mix of Brando’s vibrant vocals and BRKLYN’s stand out production skill but their newest live music performance music video is equally stunning and eye catching! Set in a vibrant greenhouse with stained glass windows, you see and hear Cameron and Cody of BRKLYN jam out on their electric guitars as Brando passionately singing the super infectious lyrics “London girls are so rude, yeah yeah yeah.” It’s an overall good time!  Enjoy the highly entertaining and creative music video down below!

Consisting of Cameron Alexander; Cody Nadeau, BRKLYN are known for writing and producing records that enmesh a uniquely alternative  sensibility with modern electronic sounds. Since breaking into the scene, BRKLYN have collaborated on original songs with artists & writers including Autumn Rowe (Dua Lipa, Estelle), Jocelyn Alice, & Caroline Kole.  Moreover, BRKLYN have recorded official remixes for artists including , Sting, Judah & The Lion, and Echosmith.  BRKLYN’s music has been heard in advertisements for brands including Toyota, LAFC, and The Sands Casino.  BRKLYN regularly headlines leading North American clubs including Lavo, Omnia, The Grand, and e11even nightclub.