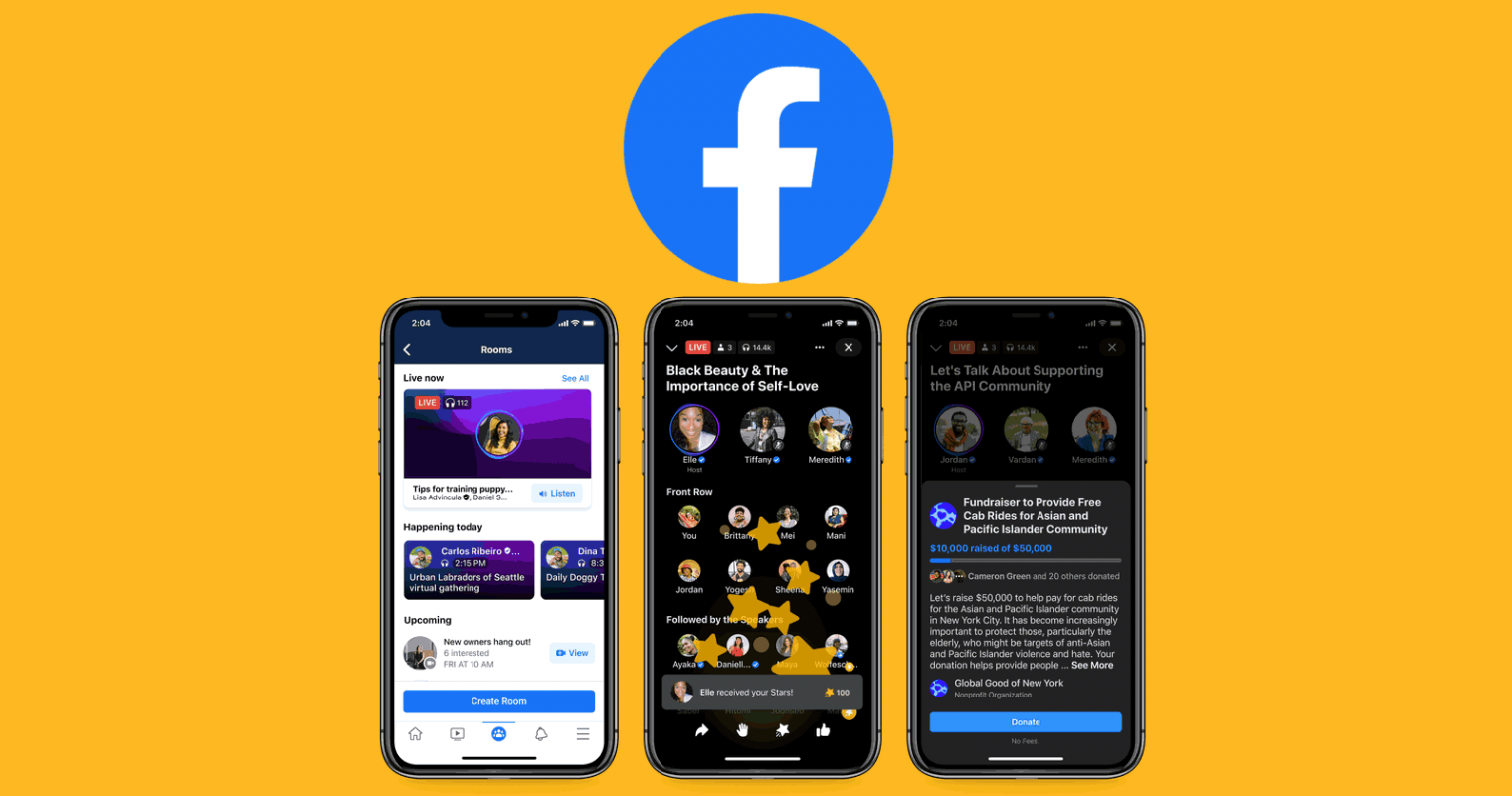 Facebook has announced that soon it will release its own group audio platform called “Live Audio Rooms.” Though seemingly similar to the increasingly popular Clubhouse app, the name isn’t quite as catchy – or personally, that appealing.

In my experience, Clubhouse has been one of the better social media app flows. Hearing that Facebook is trying to beat them at that game doesn’t really bode well. In fact, it seems a bit catastrophic and clunky once you get to the premise. Facebook has partnered with Spotify to allow users to stream podcasts directly in the rooms. They’ve also partnered new audio feed called Soundbites, which is essentially the ‘TikTok of audio.’

But lo and behold, they’re taking it a step further – allowing for monetization of the whole experience, in an attempt to try to edge out platforms like Substack and Discord. Facebook stated that it’ll be for “an Audio Creator Fund to support emerging audio creators and get early feedback on the new product experience.” The monetization will be either in a one-off payment or subscription-based charges. This is a double-edged sword, as it could easily attract those just wanting to get a quick buck out of it rather than bring actual quality content. Monetization may work for already established names that want to engage with the app – but for anyone starting out, people may drop off the app like flies.

As an avid user of Clubhouse, I’d predict that the app will be very hard to beat. It’s simple, clean, and directed towards one thing: networking. It’s a powerful networking platform and shines a light on well-known industry experts from a multitude of fields who share their insight within the app. We’ll see how this move forward with Facebook’s new competitor stacking up against it.

Check out more on Live Audio Rooms in this video!