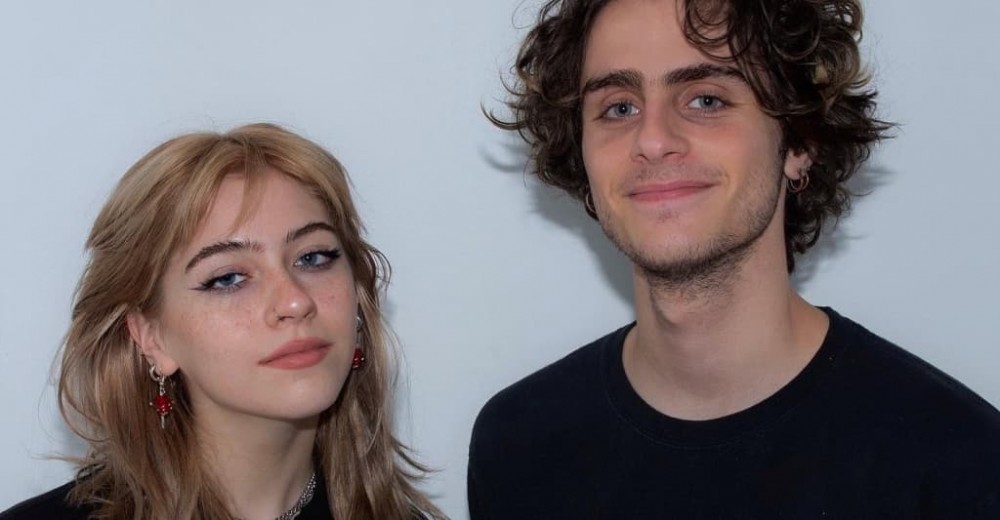 Lowertown‘s new video starts so innocently before the Atlanta duo’s wicked side is revealed. Freshly signed to Dirty Hit (The 1975, Rina Sawayama), Olivia Osby and Avsha Weinberg’s “Best Person You Know” is a song inspired in part by toxic friendships and that’s certainyl reflected in a video in which Weinberg is killed over and over in increasingly innovative ways.

Even the picnic isn’t innocent as it emerges Osby has poisoned the cake. This bloody timeloop continues as she moves on to choking out her bandmate, attacking him with an axe, tying him up next to train tracks, and pushing him off a cliff. The retro-style video is delivered with a nod and a wink, the band’s devilish sense of humor shining as bright as their scrappy melodies and enticing as the pretty finger picking.

Speaking to The FADER, Lowertown said: “This video was a passion project of ours we’d been planning to do for over a year, but it also ended up being one of the most grueling and intensive projects we’ve worked on to date. We took over a month to film and we shot it all on Super 8 film. It was our first time, plus our director’s first time shooting with film and it was extremely nerve-racking but thrilling. Olivia decided to wear crazy fall platforms in half the scenes so we had to make sure she didn’t twist her ankles. We wanted this video to be up to the viewers interpretation, and although many scenes seem gruesome, we wanted there to be a warm, nostalgic, but also a somewhat manic, nightmarish feeling to the video.”

Lowertown released debut album Friends in 2019. A new EP is expected before the end of 2020.