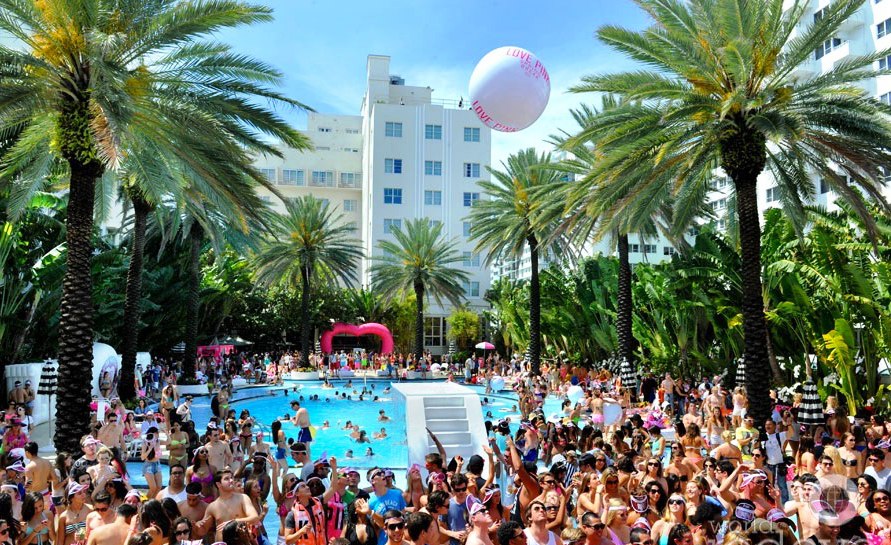 Commissioners voted on Wednesday to temporarily restrict the sale of alcohol in . The decision will face another round of votes on May 12 before it is enforced.

If approved, the plan will restrict alcohol sales at 2 AM along Ocean Drive and Collins Avenue. No details on the starting date or duration have been shared. However, once the pilot program is approved, more specifics will be given.

According to the Miami Herald, Mayor Dan Gelber originally proposed the plan be permanently implemented to roll back the current 5 AM cutoff in the entertainment district. However, he made a deal with Commissioner Micky Steinberg to make it a pilot program to gather enough votes for passing.

Commissioners voted 4-3 to approve the program. If passed during the second round, 44 bars, restaurants, and hotels will be affected.

South Beach recently saw thousands of spring breakers gather its streets, leading residents to protest outside City Hall. Although the city is known for welcoming spring breakers across the country, the city aims to change its current party-life image with the program. Gelber addresses this during the meeting.

“I think we’ve reached a true tipping point in the community. We have to seriously decide what we want this area to be,” Gelber said. “Either you want to be an entertainment district or you want to be a live-work-play district…The 5 a.m. [last call] makes it clear that you’re one and not the other.”

The commissioners who opposed the program agreed changes are necessary within South Beach. However, they state the cutoff will not prevent wild partying. Moreover, they said the plan could lead parties to move away from the entertainment district.

Stay tuned for the final vote on May 12.