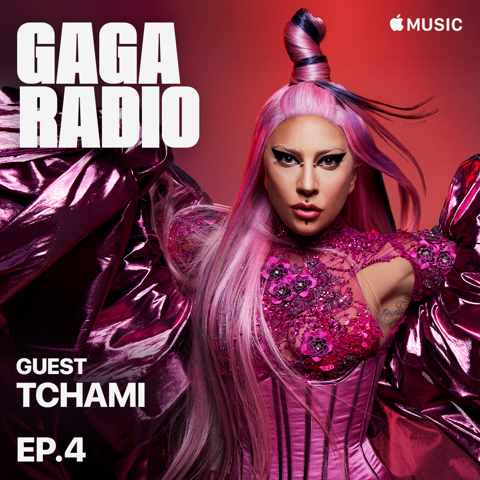 GAGA RADIO’s final episode on Apple Music this Friday will feature . and Tchami will talk about her sixth album, of which he produced both the hit single ‘Rain On Me’ and stunningly haunting ‘1000 Doves’ on Chromatica.

During the interview, they discuss their favorite tracks, including the very emotional ‘1000 Doves.’ Gaga reveals, “I was just talking to Elton and he said the same thing. He loves ‘1,000 Doves.’ He didn’t produce it, but gosh, that song is, you made it so happy Tchami. I have to say thank you to you. You made it so happy. I wrote that song at the piano, I was crying… I could cry that you put that to dance music.”

They also discuss Tchami’s producing history as well as the album’s creation. Tchami revealed, “To me, you say the word open and that’s all it was. From day one, I came in the studio and BloodPop played me maybe 10 or 12 demos. And he said, ‘Which one do you want to work on first?’ I said, ‘Okay, let’s do this and this and that.’ And it was very collaborating efforts. And to me, that’s everything. When you find the right people in the right room, in the same room, you can make magic. I really believe that.”

Nicole: “It makes you feel good. And though maybe some people are like, ‘Whoa, this is really dark,’ I get it. Because you can be feeling a certain kind of way inside, and then pushing something out, some type of other energy out to other people that is positive. And I think that goes for a lot of us with mental illnesses. I myself suffer from horrible anxiety. I understand the pain that it is to sometimes sit there and feel like everybody’s watching you, but at the same time, nobody is.”

Lady Gaga: “Somebody’s watching you, but they’re not seeing you. I say that all the time. I say, ‘I know people look at me, but I’m not sure if they see me.”

Nicole: “It’s the way I see it. You can hear somebody, but that doesn’t mean you’re listening to them.”

Nicole: “You have to truly listen to what somebody is saying.”

I find this sentiment to be one I also, and I think many of us struggle with. We see that people see us, but they truly don’t see us. I think that’s quite the relevant statement these days.

Be sure to catch this final episode for GAGA RADIO and do catch up if you’ve not been able to listen to the first three heartfelt and enlightening episodes in this limited series.