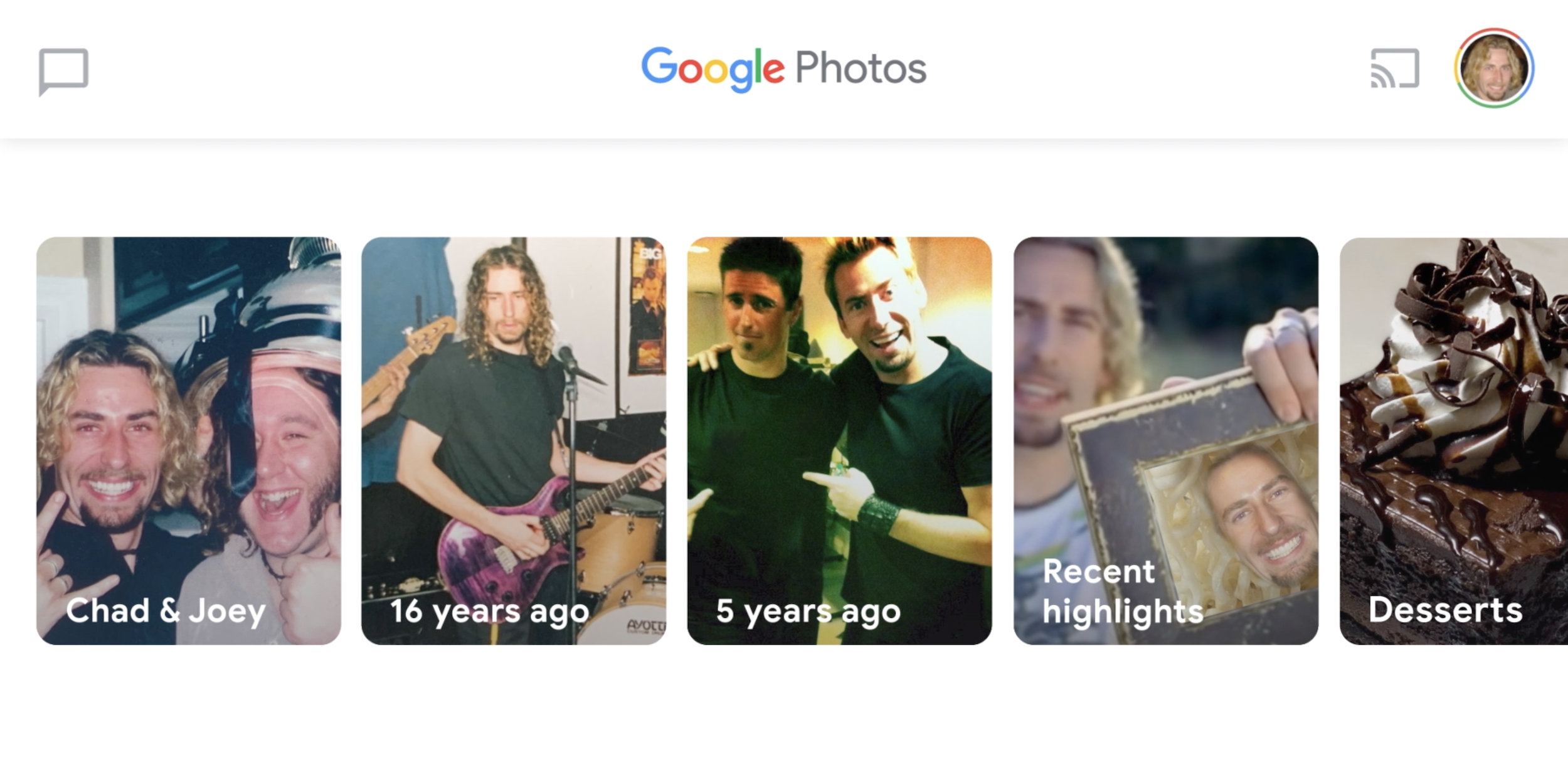 Everyone loves until they don’t it seems. Turns out the folks behind are big fans of the Canadian rock band. I say this, as the tech conglomerate recently took part in celebrating the 15th anniversary of the song ‘Photograph’s release. They did this through their Google Photos service, which if you ask me, is just so fitting.

How did they do this you may ask? With a parody music video of course. The video features the whole band yet focuses on its frontman Chad Kroeger, much like the original. The parody video is a little on the short side, as it is only 1:12, while the original is a whopping 4:22. In addition to this, one major change is that of the song’s lyric change. Or rather, all of them, to be exact.

The lyrics to the parody are as follows:

And this is where we come from
These matching suits look pretty dumb.

Falling down the photo rabbit hole
Is it my hair or just a ramen bowl.

Every memory, regretting all my hairstyles
If you wove it all together, it would go for miles.
It’s hard to braid it; time to shave it.
Good-bye / Highlights

Every memory we never have to look for
They no longer have to spread out on the
bedroom floor
It’s time to say it, gotta say it
Good times, good times

Look at this photograph
Every time I do, it makes me laugh.

Pretty funny if you ask me. It’s rather great how this doubles as both a commemoration for what was once a “hit-song” and an advertisement for Google Photos. Genius. When asked about the parody, lead singer Chad Kroeger had this to say:

“Fifteen years ago, we had no idea that the photos on our mobile devices would become such a ubiquitous part of all of our lives,” “

“When Google approached us with the idea about marrying the song with Google Photos, we felt like it would be a fun and nostalgic way to give the song a lyrics refresh and share some of our favorite memories.”

Genius marketing plan on Google’s end, if I may add. If all this parody talk has piqued your interest, as its intended, then it just proves how successful this campaign has actually been. If you’re interested in checking out the video, you can do so below, enjoy!