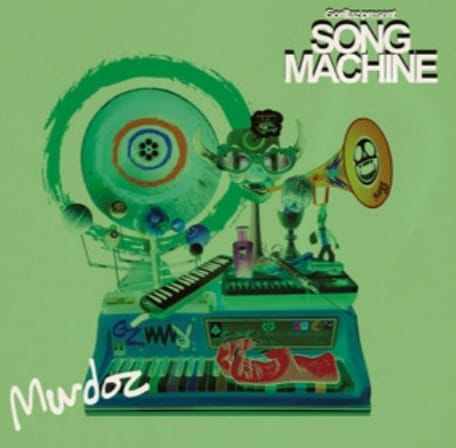 has been hitting us with some great tracks with their new Song Machine LP’s but here is the finishing touch. Looks like Murdoc just dropped a mix which includes small parts of every track, and some we haven’t even heard yet. In the same fashion as his bandmates already did. Could this be the new album’s teaser trailer? It is AMAZING how the tracks merge with each other in Mud’z Massive Machine Mix.

The song also comes around right next to the announcement of a Gorillaz’ movie, which could further extend the adventures of the band. The last few singles have dropped some instant hits and this comes as the final piece. The other 3 Song Machine Mixes are already out, you can go listen to those here. It is a really interesting take on the new tracks having them fuse into these mixes. This is a new level in Damon Albarn’s genius.

Song Machine, Season One: Strange Timez, the band’s Seventh Studio Album will be released on October 23rd 2020. Anxiety enters our bodies as this seems later than sooner, but we’re almost there. Friday is the long-awaited date so be on the lookout for this! Go check Mud’z Massive Machine Mix down here.