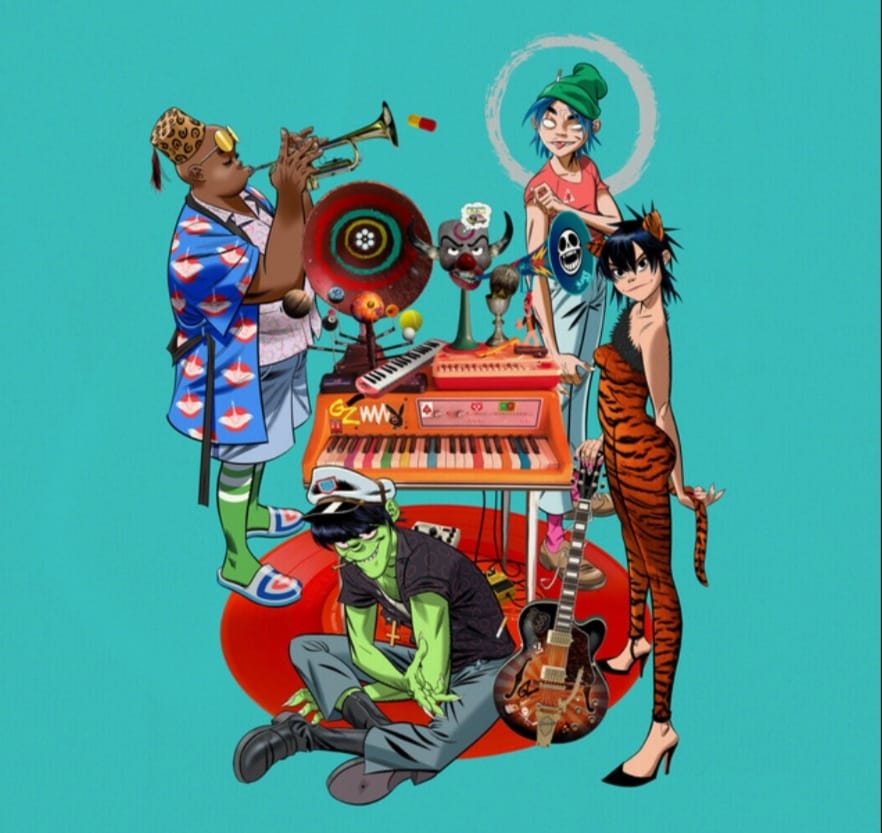 The day is finally here. It’s today, it’s today. The Seventh Studio Album from the legendary Gorillaz has just arrived. ‘Song Machine, Season One: Strange Timez‘ just dropped today and holy guacamole, you are going to listen to this non-stop.

The album also doubles down on collabs, they are out of this world. Music legends such as Beck, Robert Smith and The Rocketman himself Elton John appear in the new album. The list goes on with St. Vincent, Schoolboy Q and EARTHGANG.

One of the key aspects of this new album is the way in which it was created. The tracks inside the album contain their own essence and rhythm, but there’s a catch. When mixed into only one song, they create a perfect match with each other. This was used to create the mixes that each member of the band released with their own particular touch.

The band demonstrates once more that they are one of the most inventive and creative acts there are. The melodies, the vocals, the lyrics, everything fits perfectly as part of a magnificent jigsaw puzzle. Each track creates the perfect ambiance for the featured artist to shine in their own style without losing the basic essence of Gorillaz. The variety is something only they can achieve to have in an album while maintaining a similar style so every song feels like it belongs there.

Just when you thought you heard it all. The crossover nobody asked for, but everybody needed. 2D singing duo-style with Elton John is everything you might imagine, EPIC. The track is just magic from start to finish. The rap touch by 6LACK combines perfectly with Gorillaz’ sweet electronic rhythms. Listen to it here. I’ll be waiting for you on the other side.

This next track is more of a personal favorite and also one of the most uniques. The tune feels like an instrumental until about half of the song which creates an amazing build-up. The beat drops with vocals by 2D and EARTHGANG hypnotizing your ears while the rhythm takes you dancing. This one is DEFINITELY a must hear. Listen to it here.

Song Machine, Season One: Strange Timez as a whole is a real masterpiece, and far more than what we can tell you, please do not miss it. Check out the hole album down below and don’t forget to share with your friends if you really love them. Also remember to follow the adventures of the band in their new movie and the Song Machine series, those are siiick.