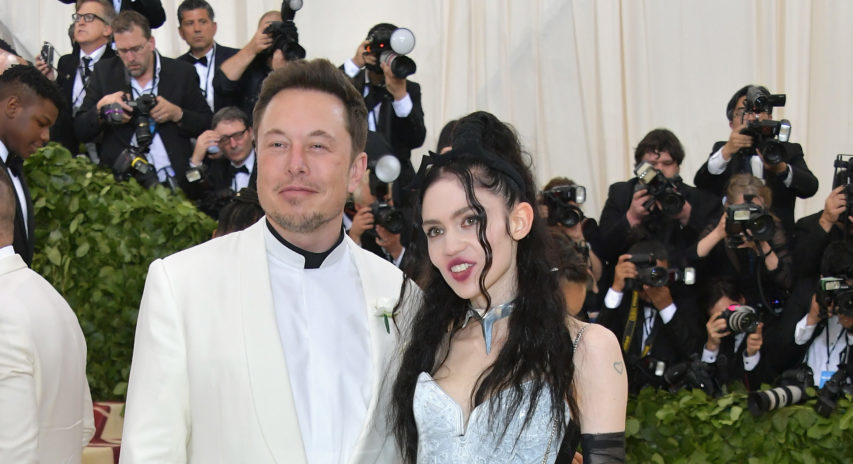 Yesterday, Canadian singer and songwriter Grimes, real name Claire Elise Boucher, hinted that she was pregnant. The artist announced her surprising news like anyone else would in 2020, via social media. Unfortunately, her NSFW post announcing her pregnancy was quickly taken off Instagram. The revealing picture exposed her chest completely, with the image of a baby photoshopped on her chest. Though original and creative, it still violated Instagram’s strict policies. Not to worry, Grimes re-uploaded a SFW version of the photo shortly after.

Grimes and entrepreneur Elon Musk have been dating since 2018. Musk, who is busy maintaining both the Tesla and SpaceX corporations, met Grimes on Twitter in 2018. After some time secretly dating together, the two publicly announced their relationship. While they both look to be ready to take their relationship to the next level, it hasn’t been all smiles.

According to reports, the pair may have gone through several breakups over the course of their relationship but have worked to keep things moving forward. Evidence of these possible breakups goes back to this past August. Apparently, Musk and Grimes unfollowed each other on Instagram, only to refollow each other much later. Throughout their struggles, the couple has defended each other from numerous claims and rumors.

By any means, Grimes and Elon are living busy lives but we’re glad to see their relationship moving forward. Grimes fans should also be happy to know that her new album, Miss Anthropocene, is set to release this February. More information on her album can be found here.