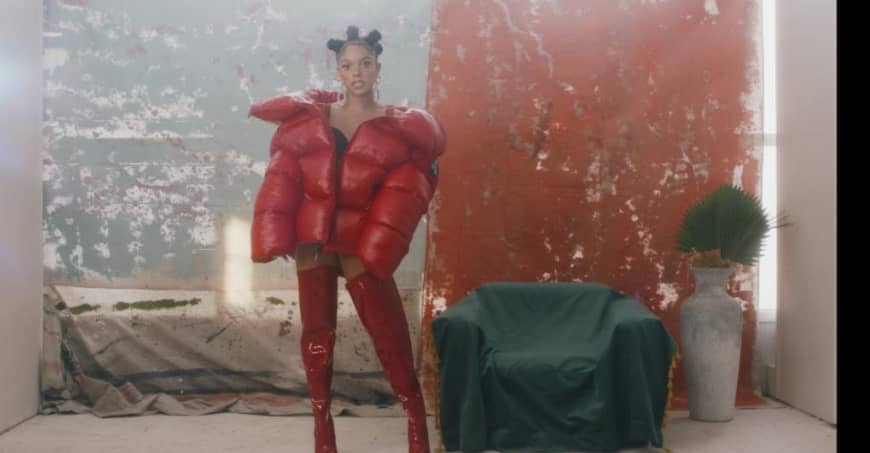 Los Angeles-based collective grouptherapy. shared the video for their latest single “watercolor,” on Wednesday. The track, which will appear on their upcoming album there goes the neighborhood, finds group member Jadagrace’s honeyed vocals glide over bouncy production. The song follows their most recent single, “raise it up!”, shared back in September.

The self-directed, light-filled clip blurs the line between reality and fantasy, with Jadagrace dancing solo in her own world, surrounded by mirrors in a seemingly empty room. “Seemingly” being the keyword here, as the singer’s reflections seem to take on lives of their own before fellow group members Koi and TJW show up.

there goes the neighborhood drops on October 30. Watch “watercolor,” above.