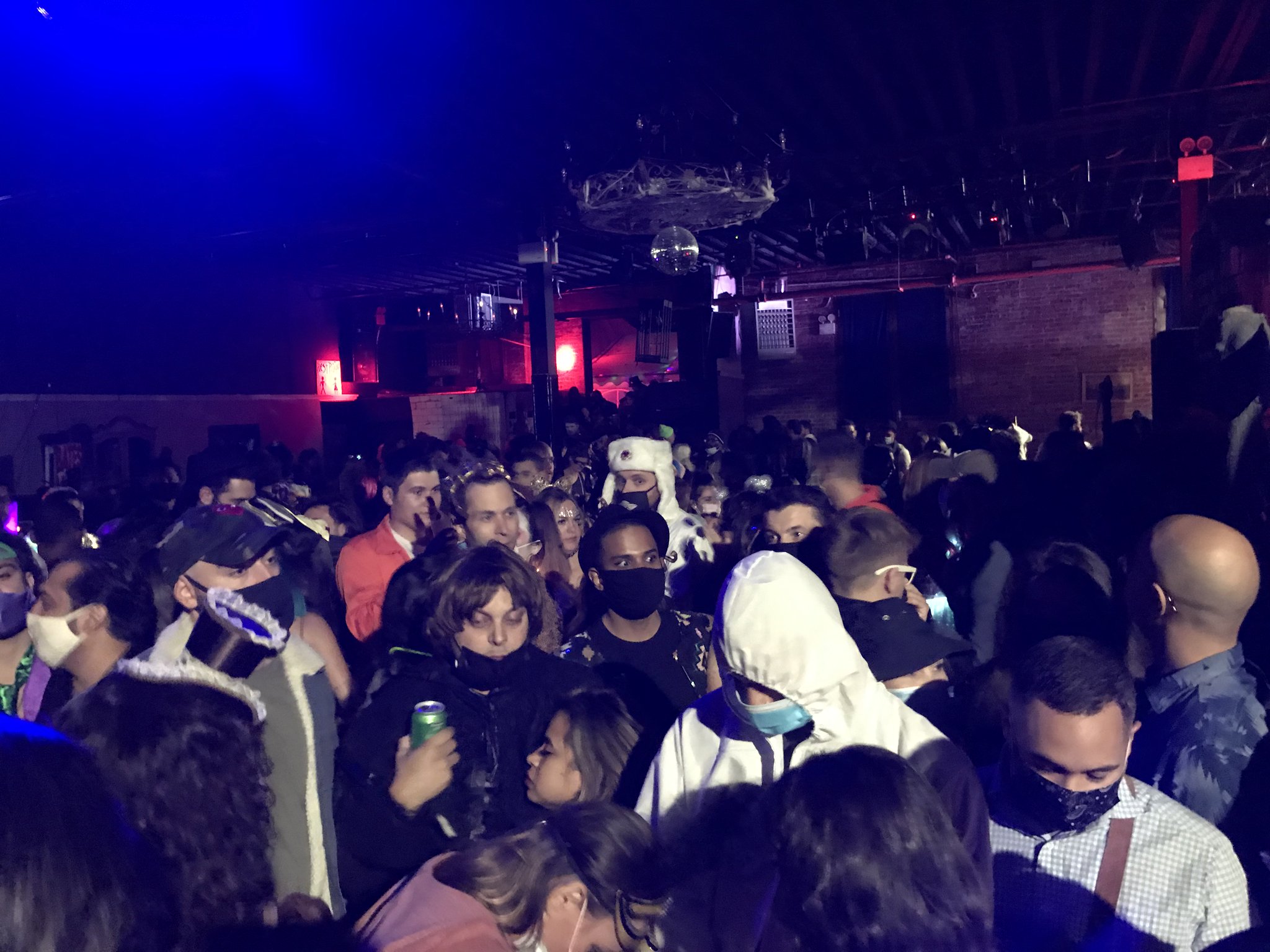 A warehouse party in Brooklyn with close to 400 attendees got busted by deputies in the early hours of Halloween. The New York City Sheriff’s Office responded to the non-socially distanced event in the East Williamsburg neighborhood around 1 a.m. on Saturday, according to the New York Post. That was after deputies saw about 150 people enter the warehouse through surveillance footage.

When deputies arrived at the scene, they found 387 people dancing, a DJ, three walk-up bars and live performers, a spokesman told the Post. Halloween decorations filled the space.

Images from the event showed hundreds of people shoulder-to-shoulder at the venue at 23 Meadow St. Many people were not wearing face masks.

Nine people involved in the party were issued misdemeanors related to the health code, administrative code and alcoholic beverage control laws, according to PIX 11. Authorities wrote desk appearance tickets for the party organizer and eight others including entertainers, employees and security guards.

However, deputies did not give summons to the revelers. Instead, they asked them to disperse, the New York Daily News reported.

The Halloween party went down only a day after New York City Mayor Bill de Blasio warned that he would impose “huge restrictions” again if the “meaningful jump” in new coronavirus cases got out of control.

New York authorities have gone after organizers of various non-socially distanced events in the state. Earlier this month, Cuomo of a jam-packed drive-in rave featuring The Chainsmokers. The governor ordered them to pay a hefty $20,000 for the charity event in Southampton, Long Island.