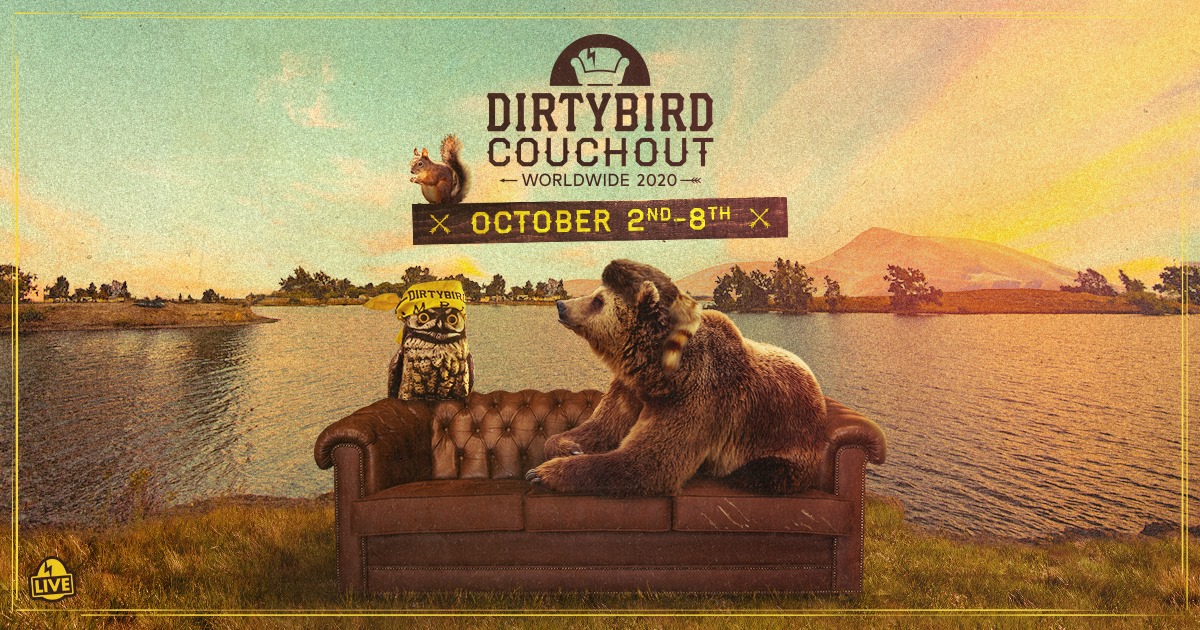 Dirtybird Campout in Northern California this October due to Covid-19, but Claude VonStroke and company have announced a Couchout livestream festival in its place.

Instead of the sixth annual campout, the first ever Dirtybird Couchout will take place October 2 to 8 on the new Dirtybird LIVE channel on Twitch.

“Sadly, Campout will not be happening in 2020, however the Birds are still taking flight, and this year everyone will have the chance to join in the festivities from the comfort of their homes, by tuning into the first ever Couchout,” the organizers said in a press release.

In true Campout fashion, the virtual festivities will include yoga sessions, comedy skits, bingo and karaoke. VonStroke is also holding a talent show. The crowd will get to choose the winner, who will score two free tickets to next year’s Campout.

Fans will also get to vote on DJs who submitted video for a chance to join the Couchout lineup, and also win two free Campout tickets. Voting will be open from September 26 to 30.

“Dirtybird opens its doors to anyone at Couchout looking to claim their own role in the online spectacle,” the organizers said.