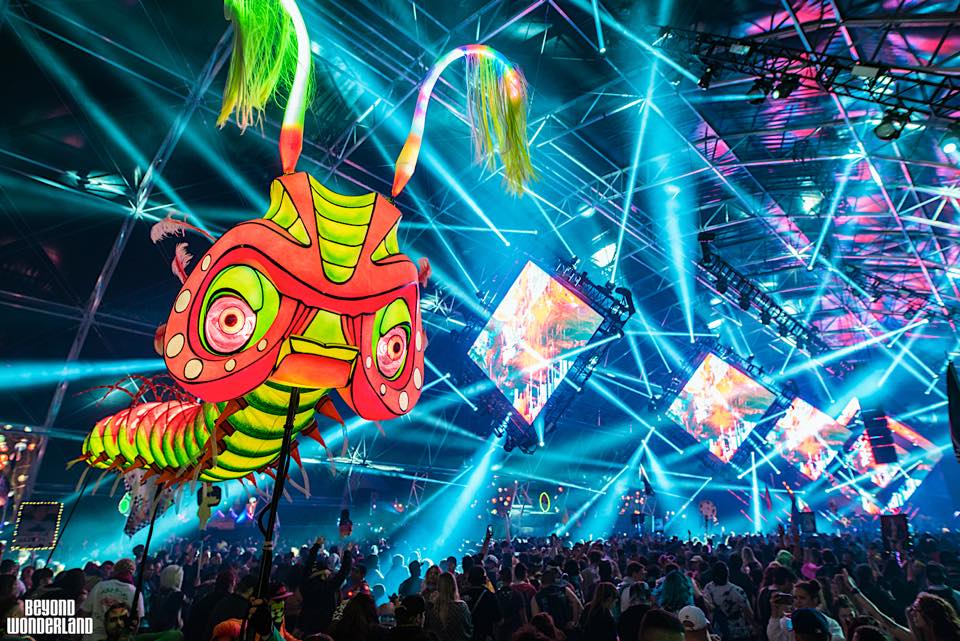 As summer progresses, Beyond Wonderland SoCal draws near. Taking place at the NOS Events Center from August 27th-28th, welcome back to the Wonderland. This event will be hot off HARD Summer’s tail and just in time to introduce the fall festival season. Journey with Alice back into the madness of performers, music, and multidimensional art. The lineup boasts a plethora of your favorite artists in trance, house, techno, dubstep, and more. Alison Wonderland, Andrew Bayer, Dillon Francis, Diplo, Genix, and Grum to name a few. Gryffin will play a DJ set along with Laidback Luke, K?D, Layton Giordani, Lee Foss, Mija, and Nicole Moudaber set to appear as well. We have a few b2b sets and even a triple b2b. But first, let’s talk about who we’re excited to see. End your night with Tiësto for a smashing big room banger finish or find yourself grooving to Walker & Royce for some one-of-a-kind house.

Giving love to my trance fam, we have Genix. With a debut album coming this , we can’t wait to see him live again. He just released a 21-track compilation, ‘‘, of his greatest historical hits from the beginning until now. We’ve followed his musical career and his production prowess and he always puts on a great show. With an onslaught of new releases in the past year, we’re eager to say what he’ll play. Welcoming back trance music in style, this is his precursor to Dreamstate.

This moniker is the passion project of Ricky Mears and Dylan Ragland, aka Nitti Gritti and Party Favor. With killer house tracks like ‘‘ featuring Diplo and their latest new tune ‘‘ the energy is sure to be dialed to 100. They’re already appearing on other lineups like Goldrush Music Festival, EDC Las Vegas and have even more releases with prestigious players like Damian Lazarus and Jungle. Check out what they’re made of.

After an exhaustive year during the pandemic, we’re ready to hear Gammer’s new music live. His balance between dad life/touring/and producing is a learning curve. With some much-needed rest, he’s back in action. If you’ve heard his most recent single, ‘‘, you’ve felt the bass that fans love. We anticipate his set to be a frenetic one, and well, we’re ready for that. No doubt, we can finally get back to some headbanging on the rails and whipping our hair tails back and forth.

Even if it’s only for a little bit, come find Dillon Francis where no matter at what point of his set you hop into, it’s good vibes all around. His most recent single ‘Unconditional Love‘ and ‘‘ bop to a chiller, house vibe but you know he’ll be blasting some mean tracks on stage. From his crazy, hilarious, yet also relatable music videos to his entertaining social media rants, Dillon is always one to see. Now, when will they bring him and Diplo back in ‘What Would Diplo Do?’

I have yet to see Nicole, but this one is for all the techno fiends out there looking for some groovy, infectious, minimal underground tunes to dance the night away with. The Lebanese/British DJ/producer has always been at the forefront of her own movement. You’ve seen her name appear on many event rosters and now is the time to check her out if you haven’t already. She is an internal combustion engine fueled by raw emotion, with a global party brand that is highly influential. Her performances captivate audiences with unforgettable, thrilling, euphoric, and powerful memories.

Now, enjoy the Audiotistic, Basscon, Bassrush, Factory 93 Experience, Dreamstate, Insomniac Records, and Space Yacht branded stages. All genres are represented here, so find your haven. Nothing says end of summer like a weekend of all your favorite artists on the same blacktop and setting sky. The NOS is your home for the next few events, and we’ve surely missed them. Check out the full Beyond Wonderland SoCal lineup below. We hope everyone has a great time!