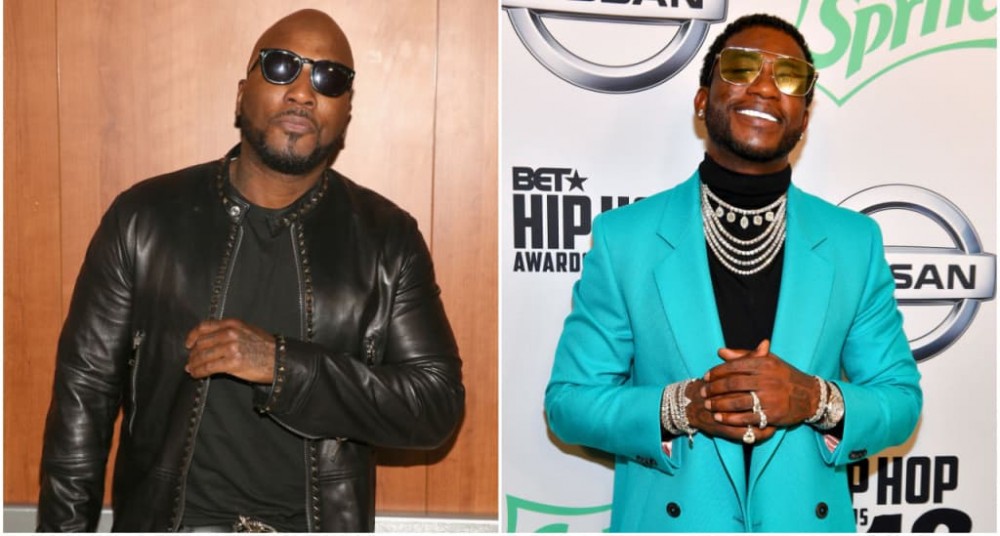 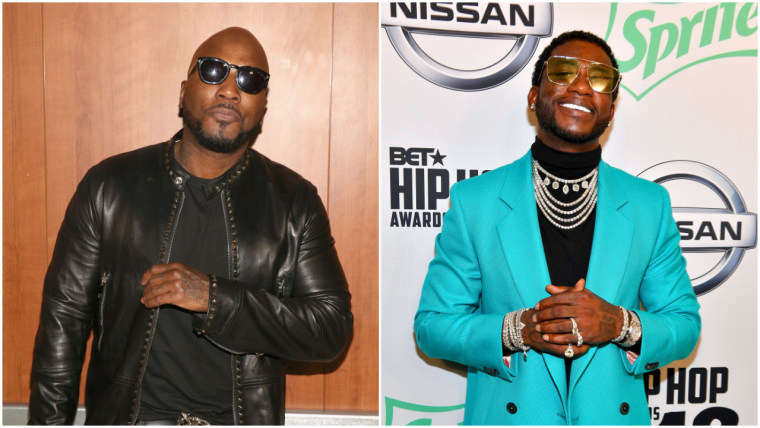 Jeezy and Gucci Mane took part in the latest Verzuz battle on Thursday night, putting aside a beef that has lasted over a decade to go head to head (and song to song) for the IG Live series. Recorded at Atlanta’s Magic City, the contest was COVID-19 safe, with tests held before entrance to the building was allowed. Travis Scott was so hype for the face-off that he dropped a range of merch, including early 2000s-style oversized T-shirts. Swizz Beatz and Timbaland’s event also featured a political angle, with Stacey Abrams appearing via video link to encourage people to vote in the Senate runoff election in Georgia.

However, for those in the building and the huge audience watching at home (1.8m, a new Verzuz record) Jeezy vs Gucci Mane was all about the music. Gucci kicked things off in suitably antagonistic style with Jeezy diss track “Round 1,” sitting back and listening to himself rap “You a thug impostor/You deserve an Oscar/Album ain’t hot, Def Jam finna drop ya” and setting the mood going forward.

Jeezy telling stories before the track

Gucci: my next song is called “fuck you jeezy”

Gucci began round two with another diss track, “Benchwarmers,” but Jeezy dived into his back catalog and pulled for Thug Motivation 101‘s “Trap or Die” and generally utilized his older hits to great effect in the early rounds. Gucci didn’t appreciate Jeezy playing “that old ass shit” but it was undeniably effective in comparison to the newer material offered up by his rival.

Later on Gucci countered, mixing things up with both deep cuts (“I’m a Dog”) and pop hits (Bruno Mars collab “Wake Up in the Sky”) to show off a range that Jeezy struggled to match. He also found time to pay tribute to his drip, bragging that “I want y’all to praise my outfit. It cost 10 bands. Look at my opponent!”

This particular Verzuz battle was originally meant to be a contest between Jeezy and T.I. however, Gucci Mane was parachuted in at the last minute after Tip pulled out. Jeezy used his time on stage to explain why he offered the olive branch to his longtime rival. “I tell you what though—when I called you and extended this invite, I did it as a real man,” Jeezy said. “It’s been 20 motherfuckin’ years.” Gucci interrupted to state that it’s actually only been 15. “OK, well however many,” Jeezy hit back, “you’re still talkin’ the same shit.”

Whewwww this moment tho 😕😰#Verzuz#JeezyvsGucciMane

Jeezy and Gucci then called time on their Verzuz, and possibly the cold war that their beef has been in recent years, with a joint performance of 2005’s “Icy.” “We appreciate y’all tuning in,” Gucci said before addressing Jeezy directly. “Ay, man, listen. I respect, I appreciate you for throwing out the olive branch. I accept that. No disrespect, it’s all love.”

Check out the full Verzuz running order below:

You know, you dont realize how many songs Gucci rapped about killing Jeezys boy in until you hear them in order like this

This brandy and Monica with guns