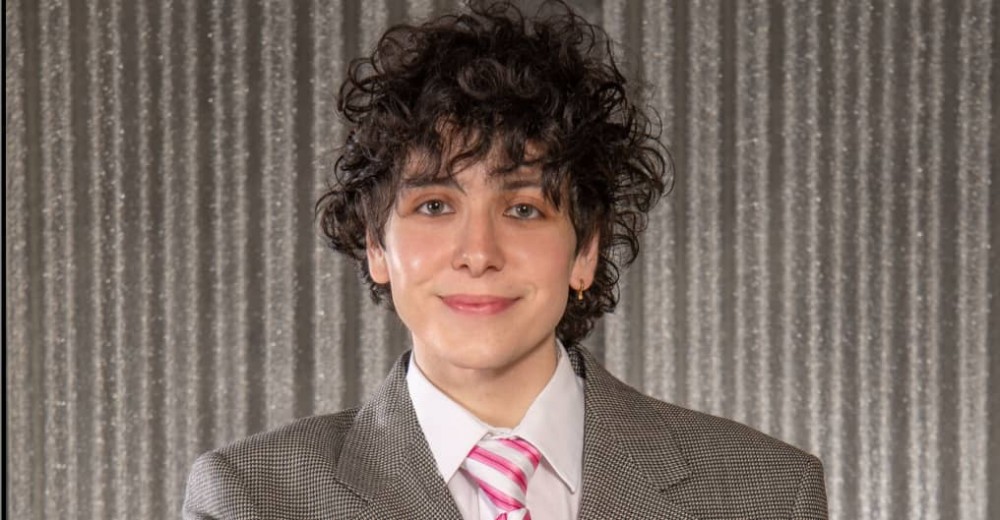 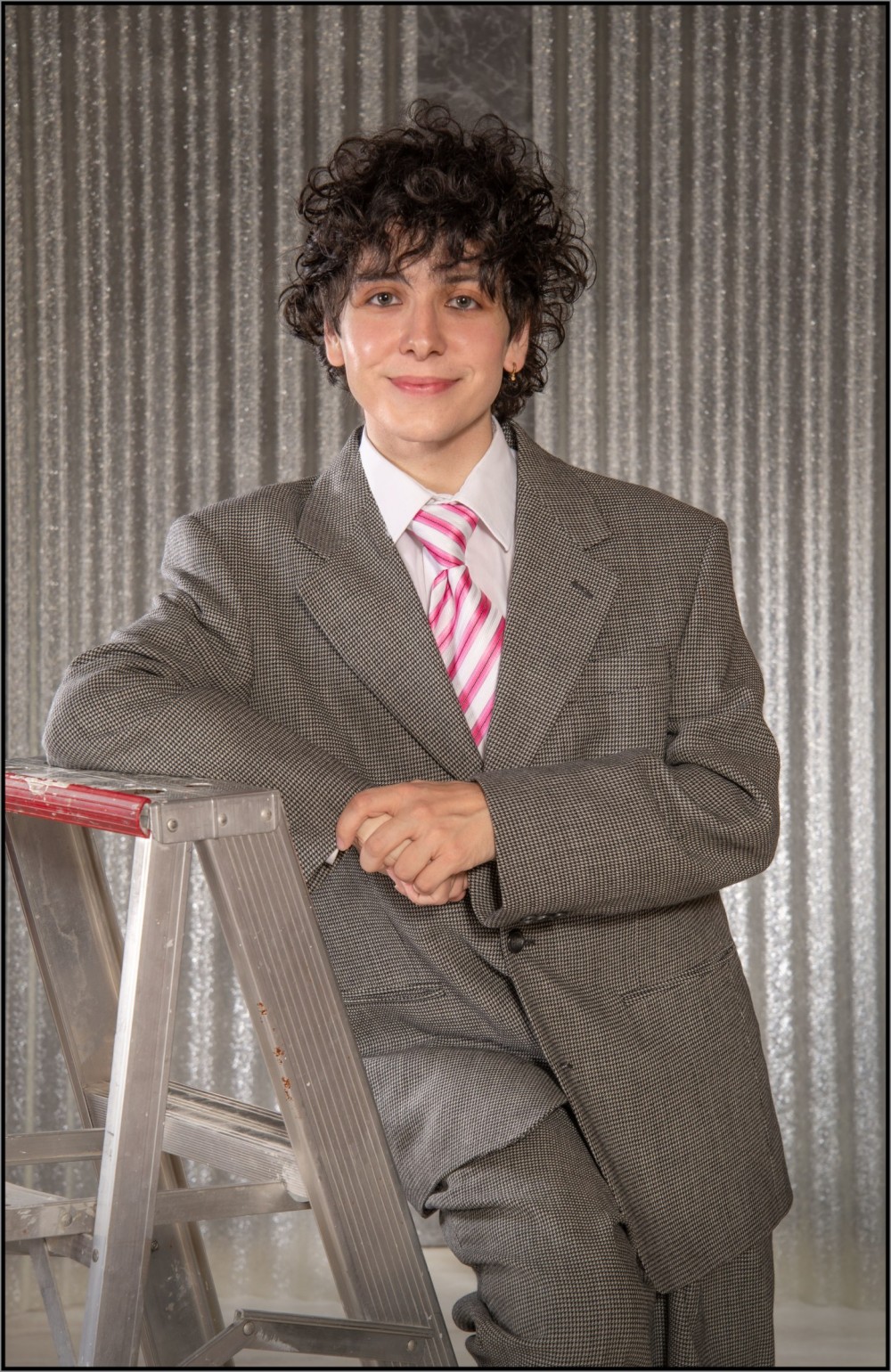 Hubert Lenoir knows how to cut a figure. The 26-year-old pop musician, who emerged from Quebec City in 2018, captured interest in Canada and beyond its borders with his debut album Darlène, an excellent and sprawling rock epic duly shortlisted for the Polaris Prize. Appearing in public and onstage, Lenoir appeared as a rock star princeling in the classic sense, capable of articulating himself in unusual and often controversial ways: during an appearance on La Voix in 2018, he revealed a tattoo on his left buttock depicting an ejaculating fleur-de-lis, the icon found on Quebec’s flag. The same year he won three prizes at the ADISQ Gala (basically the Québécois Grammys) and celebrated during his acceptance by miming oral sex on one of the trophies. Media saturation led to intensified scrutiny, so he stepped back from the public view to regroup without apology or strong regrets.

“I’ve already been working in self-isolation for the past two years now,” Lenoir says when I ask him over FaceTime if the pandemic changed how he worked on Musique Direct, his upcoming album. The new music resembles Darlène only in its ambition: whereas Lenoir introduced himself as a glam-rocker globetrotter on his debut album, Musique Direct is a pastiche of pop elements both contemporary and classic colliding with a pinball machine’s frenzy. The project germinated from years worth of iPhone recordings, clips of conversations, and random sounds that acted as citations of a sort for the record. “I feel [on] a lot of personal albums,” he says, “[the artists] portray themselves as victims. I feel that the interesting thing with this way of working [is that] you have the proof when you try to portray yourself.”

His gambit has paid off: While Darlène’s narrative was based on Lenoir’s relationship with his romantic and creative partner Noémie Leclerc, the bold and dizzying structure gives Musique Direct a more immediately human and progressive feel. That vibe is captured in “Secret,” the project’s lead single. A wispy cut of lounge-pop that evolves into a gloriously funky form, “Secret” is “about the feeling of unshared love and being rejected when you know that it’s only because you’re different,” Lenoir says. To that end, Lenoir stars as an ostracized human-skunk high schooler in Noémie Leclerc’s music video for “Secret,” premiering today on The FADER. it’s what Degrassi would look like if the world were a bit more exciting, shot in 16mm film and with a joyous free-association spirit.

Below, watch Hubert Lenoir’s “Secret” music video, followed by our interview on the song’s creation and the upcoming album.

The FADER: How did your life after Darlène influence Musique Direct?

Hubert Lenoir: When I released Darlène, we were a little bit naive about life, and I feel like this record pushed me into the world in a good and much more violent way. This new record is [saying] it’s okay if you can be your true self, and you can go out into the world being like “this is me.” It’s also about the consequences that come from it, and how you try to cope from these consequences.

The way you say it, it sounds like the music could be quite downcast, but the album is really playful.

I think the artists that I love are full of paradoxes. We’re complicated and that’s what makes humans interesting to me. So I always go with what I feel doing and I don’t try to be the most badass person ever. And I’m hopeful that at the end of the day, it’s just going to be a good portrayal of who I am.

I just do what I feel like I need to be doing at this moment. I know that people may say, “Oh, it feels calculated.” It always bugs me. And it’s a fear that I have, because it always bugs me when I see artists that are trying too hard to [be] provocative.

That’s something that struck me about the new music: how natural it felt. It really is a left turn sonically from Darlène. But at the same time, you sounded very comfortable

Oh, well, thank you. The process of making this album was [inspired by] this movement in Quebec, which is called Cinéma Direct. There’s tons of theory of where it first began, but a lot of people can say that it was made by Quebec filmmakers, especially Pierre Perrault and Michel Brault. They would just go on the road and film these people in the countryside of the province of Quebec.

I was inspired by this and for maybe two or three years, I’ve been recording some things on my iPhone. Just conversations and anything that was coming to me. I didn’t chase these sounds, I didn’t really know why I was recording them but I was just doing it.

When I was beginning to make this record, I was having a hard time finding something that was symbolic and that resonated emotionally with me. The music that I was making was cool, but I didn’t really see the excitement. Then I thought back of this Quebec cinema, and then about my iPhone recordings. And I don’t want to make it this movie moment, but it was really this lightning bubble thing. I was like, “Yeah, this is my album.” This is it and went straight into it. And it worked.

Tell me about the process of writing “Secret.”

Well, the song is something that I had left out [from the album]. It came from this jam that we were doing at Mac DeMarco’s place. He was playing drums, Kirin J Callinan was on the guitar. It sounded very different from what we have now. And then when I was working on the record, there was this piece missing at the beginning. And I felt that there was a way of getting into the story that was missing.

And so, I wrote “Secret” about wanting to feel accepted. You’re just going there with all these intentions and then you just get rejected. You don’t necessarily hold grudges against the people that reject you because It’s not their fault. It’s just, like, insanely sad.

I feel like this song is something that I’ve been trying to write since I’ve started to write songs. I feel like I got it this time. This public rejection that I had from time to time — and I don’t want to call it bullying because it’s going to make me feel a victim, but it’s kind of bullying — it brought me back to high school traumas and the way I was suffering from bullying back then.

I just wanted to say hey in a way, to everybody out there, I’m sorry. It’s not going to be easy. And there’s not a lot you can do about it. But it is also a good way of saying you’re not alone, too. I was thinking about the high school person I was. Maybe the same person will hear the song and feel a little more comfortable or at least would just comfort them in their pain.

Those themes really fit with the visuals.

The idea came from Noémie, who’s directing. The lyrics are not too abstract, you get what it’s about right away. So I think she knew too. She came up with the idea of a skunk. Skunks are not trying to do anything wrong except just survive and do their thing in their skunk life. But people just despise them in such an awful way. And so I think it was portraying the feeling in a nice and cinematic way.

At some point, when we were shooting the high school scene, there was this gap in the mask between the nose so it was creating this condensation. I don’t like to whine, but the level of discomfort was insane. It was something crazy. It gets all sweaty but you cannot wipe it and it starts to get itchy, and oh my God. I’m sure you can feel the discomfort. When I realized that I needed to have it for six hours, I had this panic attack and I went to the bathroom and I puked. But there’s nothing I wouldn’t do for art.

This interview has been edited and condensed for clarity