i_o – Castles In The Sky
Written by BerangariaFranzen 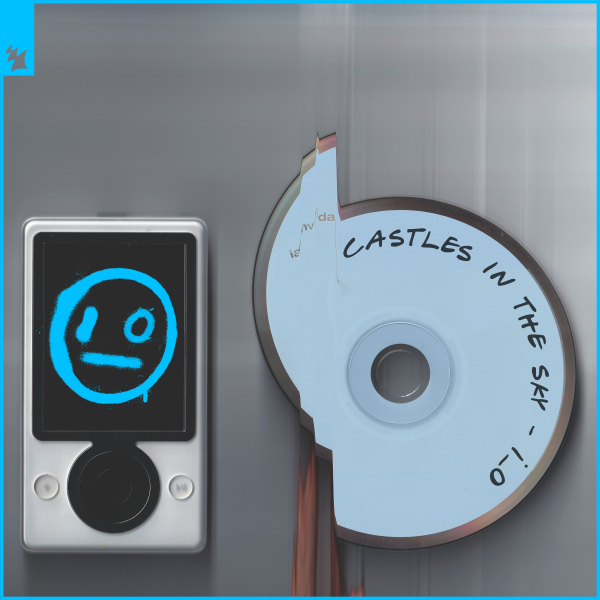 i_o just remade one of our nostalgic tracks of the 90s, ‘Castles In The Sky‘ by Ian Van Dahl. This retro trance classic has been forever known in our hearts as the epitome of dance music. Now, we’re getting a modern, tech-trance twist to it.

He keeps the original heavenly vocals and melody. A tech-trance rhythm amplifies the bass line. The track rests at 135bpm and hits you with a blast from the past. He builds off the goa trance sound as he plasters the new edition with an energetic beat. As the tremors build-up, the synths sing and arpeggiate, getting you ready for that drop you’ve known and love. The swirling melody mixed with his hybrid trademark sound makes you reminisce and smile. Sing along and listen, because there is no greater feeling than this. We can appreciate what he is doing with this track.

Did you ever think we would get a remake like this? We see its release on Armada Music, so we’re adding it to the arsenal of uplifting tracks. When did you hear this song for the first time? What feelings did it give you? How do you feel about this rendition?

Corsten’s Countdown 699 just featured this remix in November. However, countless others have played the track. That includes deadmau5, Armin van Buuren, Kryder, Dimitri Vegas & Like Mike, and Markus Schulz. In fact, they featured it on a few of their shows. ASOT 988, Mau5trap Radio 088, Tomorrowland One World Radio, Kryteria Radio 263, and Smash the House 390. Though, the Death by Techno star has even played it himself during Escape Psycho Circus’s Virtual Rave-A-Thon and Jericho’s kitchen. Orjan Nilsen, Andrew Rayel, Ferry Corsten, and W&W also featured this track.

Now, refresh your ears or see what we’re talking about. Listen to the track below.

i_o – Castles In The Sky