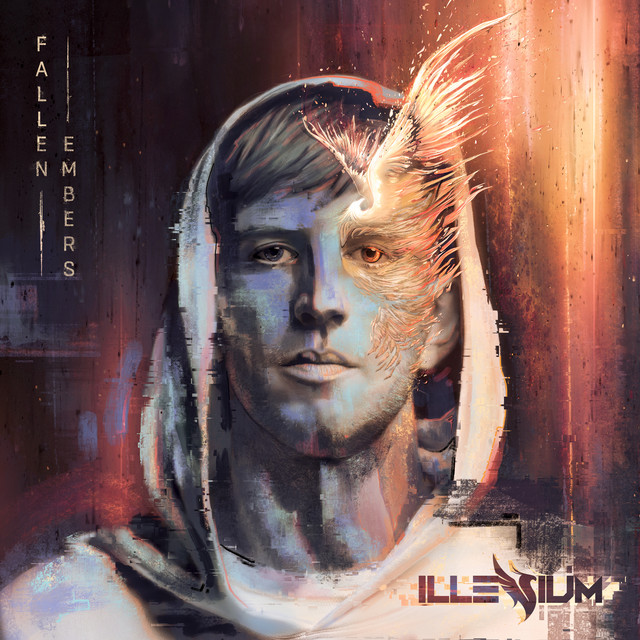 Today is the day we have all been waiting for. ILLENIUM‘s new album “Fallen Embers” is out now everywhere. Inside, ILLENIUM gives us 14 incredible tracks full of his euphoric sound and his distinctive choice of featuring artists. Previously, the EDM record breaker generously gave us of his 14 new tracks before today. The 7 new tracks you’ll hear for the first time today are ‘Blame myself‘ feat. Tori Kelly, ‘Fragments‘ feat. Natalie Taylor, ‘U & Me‘ feat. Sasha Sloan, ‘Lay It Down‘ feat Krewella and SLANDER, ‘Losing Patience‘ feat. nothing.nowhere, ‘In My Mind‘ feat. HALIENE, and ‘Crazy Times‘ feat. Said The Sky and Rock Mafia. Together, these combined with the previous 7 releases, make up ILLENIUM’s new album “Fallen Embers’.

Obviously, “Fallen Embers” is stacked with incredible artist from all over the world. It is one of the biggest and most thought out album releases from ILLENIUM. Each and every song having a story of it’s own. The last track on “Fallen Embers“, ‘Brave Soul‘ is a collaboration with Emma Grace and dedication to a deceased friend of ILLENIUM’s. He presented the song for his first time at his recent event and explained his deep connection with it.

Before release, ILLENIUM went world wide with advertisement for the first time putting up posters in countries such as Paris, Mexico, Germany, and Brazil. The advertisement consists of his Album art which is a piece by his girlfriend Lara Ashley. In Summary, She painted the amazing piece for ILLENIUM. As a result, he used it as the “Fallen Embers” album art. Below you will see this piece of art that tells the story of his journey as a musician.

Impressively, ILLENIUM’s “Fallen Embers” tracks have already raked up millions of plays across multiple streaming platforms. The future bass and electronic punk guru has only just begun with his shows featuring these releases. Giving us only a small taste at his Trilogy event, many are ready to see these songs in full action live.

Where to see “Fallen Embers“

This year, ILLENIUM still has his 3-set event and his own curated event . Besides his throwback set at the rocks hopefully we will see many of these music chart ready tracks live. Along with his own events, ILLENIUM is also headlining many festivals this year. In just a few days, He will be playing a b2b set with Said The Sky and Dabin at . Considering both of these popular artist are features on “Fallen Embers”, its a safe bet we’ll see him play some of the new tracks. Following up, is inviting ILLENIUM to head line also.

With 2 curated events, his own Red Rocks, and a huge album release in 2021, ILLENIUM is crushing the game. What will he possibly do next?