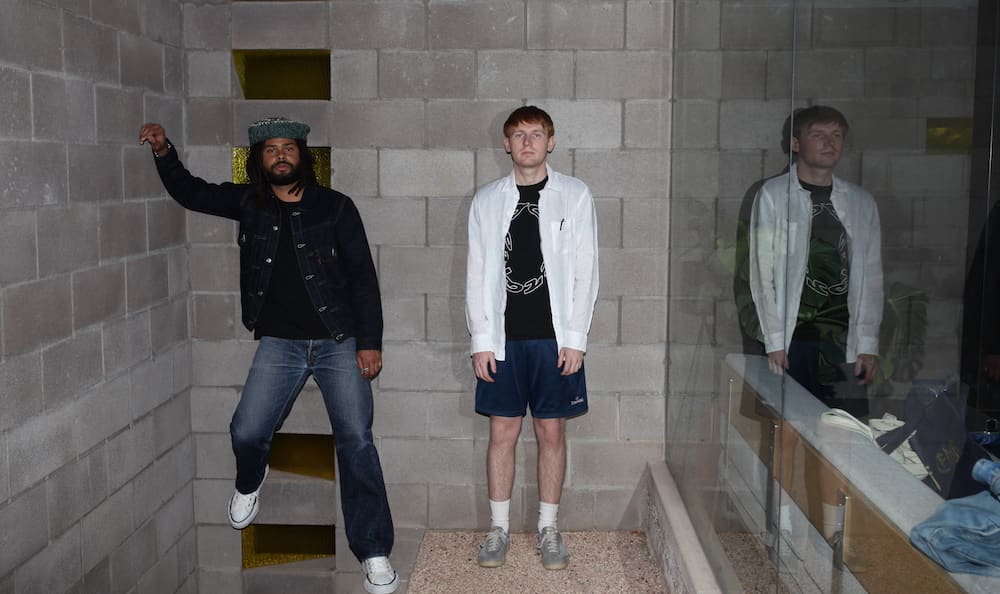 Art-rap trio Injury Reserve entered the pandemic with the buzz from their 2019 self-titled effort still fresh. However, work on their follow-up project came to a sudden and tragic halt when Jordan Groggs, one of the band’s founding members, suddenly passed away. The album was mostly finished before Groggs’ passing, and in subsequent months, his band members managed to complete it. By The Time I Get To Phoenix will be released this September 15, and you can hear its lead single “Knees” in the video above. The song evokes a strong sense of mourning in its Standing On The Corner-reminiscent jazz improvisation, and the band doesn’t run away from it in the visuals — they’re both hunched over on stage with an empty space and microphone left for Groggs. Watch above, and read Injury Reserve’s statement on the album below.

“While touring europe in 2019, we had a show in stockholm that had been booked in the back of an italian restaurant instead of a typical venue. To match a certain lack of production we pivoted the show into our own improvisatory take on a dj set and ended up performing a song none of us had heard before, the board recording of which became the grounding for a new album. Over the next few months, we locked in and put together the 11 songs that that album would eventually become. Those early months of 2020 had about as much turmoil for us as one could expect last year, and between the general social upheaval, loss of livelihoods and family tragedy, the record we made carried these weights. Once the tracklist came together and we started to make sense of it, one of the last phone conversations we had with Groggs was over his love for the repurposing of Isaac Haye’s By the Time I Get to Phoenix to title the album. Shortly thereafter we were struck with his loss and of course everything was put on hold, but eventually, we regathered and felt most comfortable finishing this album we had made as it still resonated fully (in some respects even taking on what felt like haunting pre-echoes) and above all else stayed true to his constant insistence while recording to simply ‘make some weird shit.’ All this said obviously this album is dedicated to Jordan Alexander Groggs, aka Stepa J. Groggs with one p better get it right. Typing here feels small in the space of your real physical absence but you, your voice and your words continue to echo around us all thru these recordings and so many others and everything else. thank you for your time, we love and miss you, of course of course.”