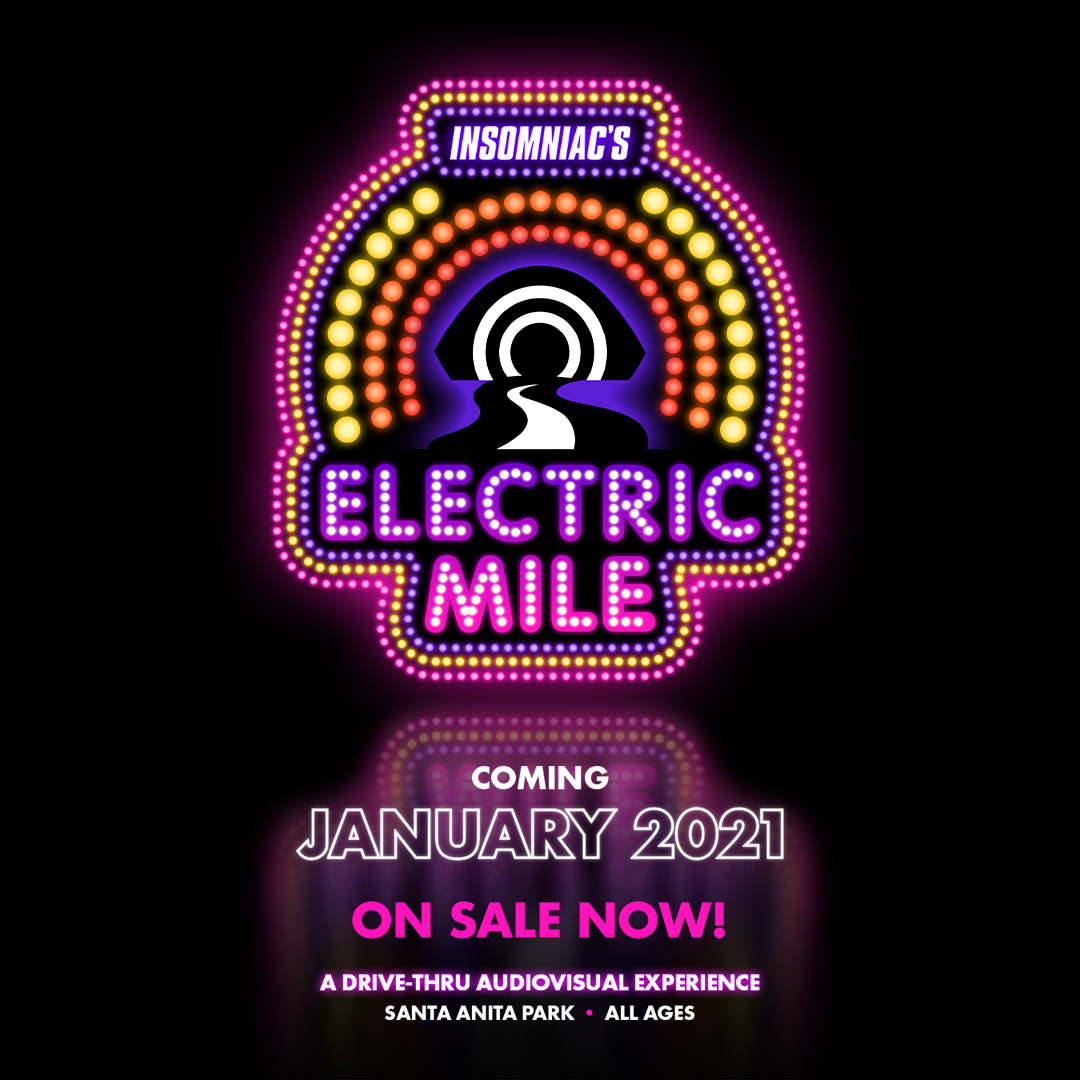 The last year or so has been rather tumultuous for society as a whole, and thats putting it lightly. When it comes to the music scene, our beloved festival circuit has been put on hold for the foreseeable future. With that being said, concerts, and all other live music events are out the door as well. Minus the drive-in shows, every now & then. At a time when hope seems to be lost (for now), founder, Pasquale Rotella brings it right back. How you might ask? In the form of his newest, first of its kind, Drive-Thru event: the Electric Mile.

Late last December, Pasquale took to the Insomniac socials to share news of an upcoming, mystery event. We now know that he speaking of the hour-long spectacle, that is Electric Mile. I recently had the opportunity to check out Electric Mile, and while I honestly didn’t have my hopes up too high, I left the mile, rather impressed.

Before i give my brief breakdown, I figured i’d let Pasquale say a few things. He had the following to say in regards to Electric Mile:

“Buckle up, Headliners! We’ve had to get creative to bring happiness to people in different ways. To us, getting people out of the house in a COVID-safe way is really important for mental health and the soul…

We’re excited for people young and old to come. It’s going to be spectacular whether or not you’ve been to one of our festivals before. It’s in the name of art, and it’s for everyone.”

First off, Insomniac’s journey through Electric Mile is an hour-long, set to the sounds of music curated by Rotella himself. Being what I would consider an “older raver”, I was relieved to find out the soundtrack consisted of many of my personal favorite tracks. These are tracks from artists like Kaskade, Calvin Harris, Swedish House Mafia, and even Deadmau5.

By the same token, it was refreshing to hear less mainstream artists, such as Tinlicker, Lane 8, and Green Velvet as I continued my trek through the Electric Mile. Without the music, a lot of this flashy stuff just doesn’t hit the same, luckily for me, and the hundreds of other attendees, the Electric Mile soundtrack slapped harder than a Twisted Tea.

If you’ve yet to go, this alone is worth it in my opinion. I say this, as a lot of the tracks played brought back tons of precious memories I’ve collected over the years. The fact that I was traversing through EDC, Escape, and numerous other Insomniac festivals just made it all that much better. For a better idea, you can check out the miles Adventure Map below.

One thing that Electric Mile does do differently than Insomniac’s flagship festivals is the fact that it is an all-age event. Meaning that Electric Mile is an ALL AGES family-friendly affair. Whether you want to load up your little brother & sister, or your grandma & all her friends, you’re welcome to do so. Up to 8 people are allowed per car, so long as they have a seatbelt. With tickets starting at $69.99 per car, you can really pack in some value, and have a great night.

If you’re interested in attending, the journey has already begun. The experience is now open every day except for Mondays. With that being said Electric Mile will continue to run from now through January 24, 2021. You can find the venue at, 285 W Huntington Dr, Arcadia, CA 91007 (Gate 3) or, get directions, here.

For tickets, and more information, be sure to stop by their official website, here. If you’re interested in seeing a sneak peak for yourself, i’ve included a short video below. While we’d normally say ‘See you under the electric sky’, I suppose this time, I’ll catch you on the electric mile! Enjoy.