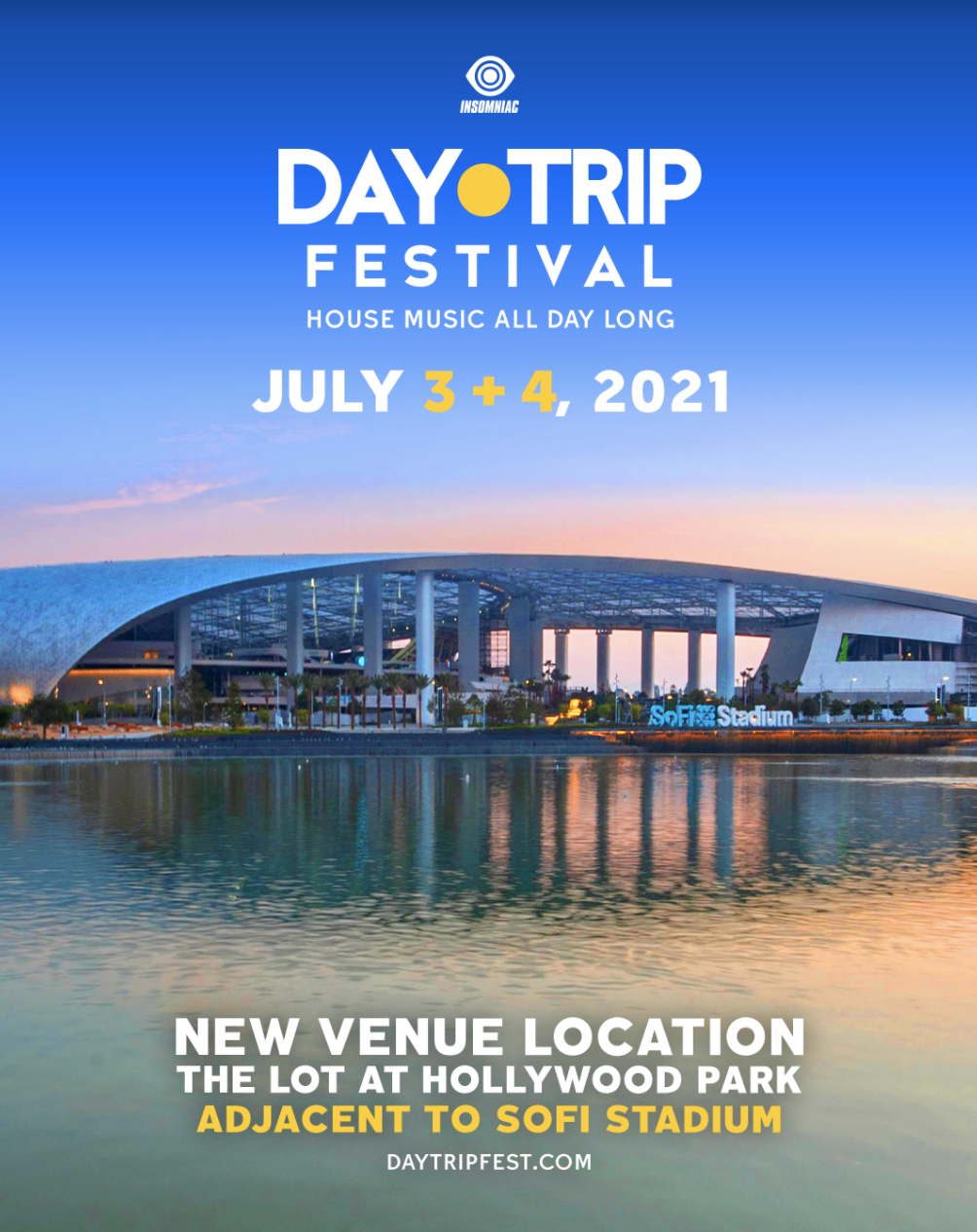 Day Trip Festival in SoCal just got a huge upgrade! Tickets for the San Pedro event sold out quickly for the first California festival post-pandemic. for the venue, Berth 46, the multi-genre festival has now moved to a location that’s bigger!

In Inglewood, SoFi Stadium, which hosts the Los Angeles Rams football team, will now be the epicenter for the extremely sought after event. The two-day, two-stage festival also announced that this coming Friday, June 25th, Insomniac will be selling more tickets as a result of the newly acquired room. They will be available at 12PM PT via their website. Continue to check their social media pages for more information regarding the change.

While the change has caused a hiccup in some attendee’s plans, Insomniac is focusing on the improved dance space and layout. Additionally, many more will be able to join in since the lineup is one of a kind. We will see performances by Claptone, Gene Farris, John Summit, and Dombresky. On day 2, Artbat, Nic Fanciulli, Tchami and Wax Motif will be on stage giving it their all.