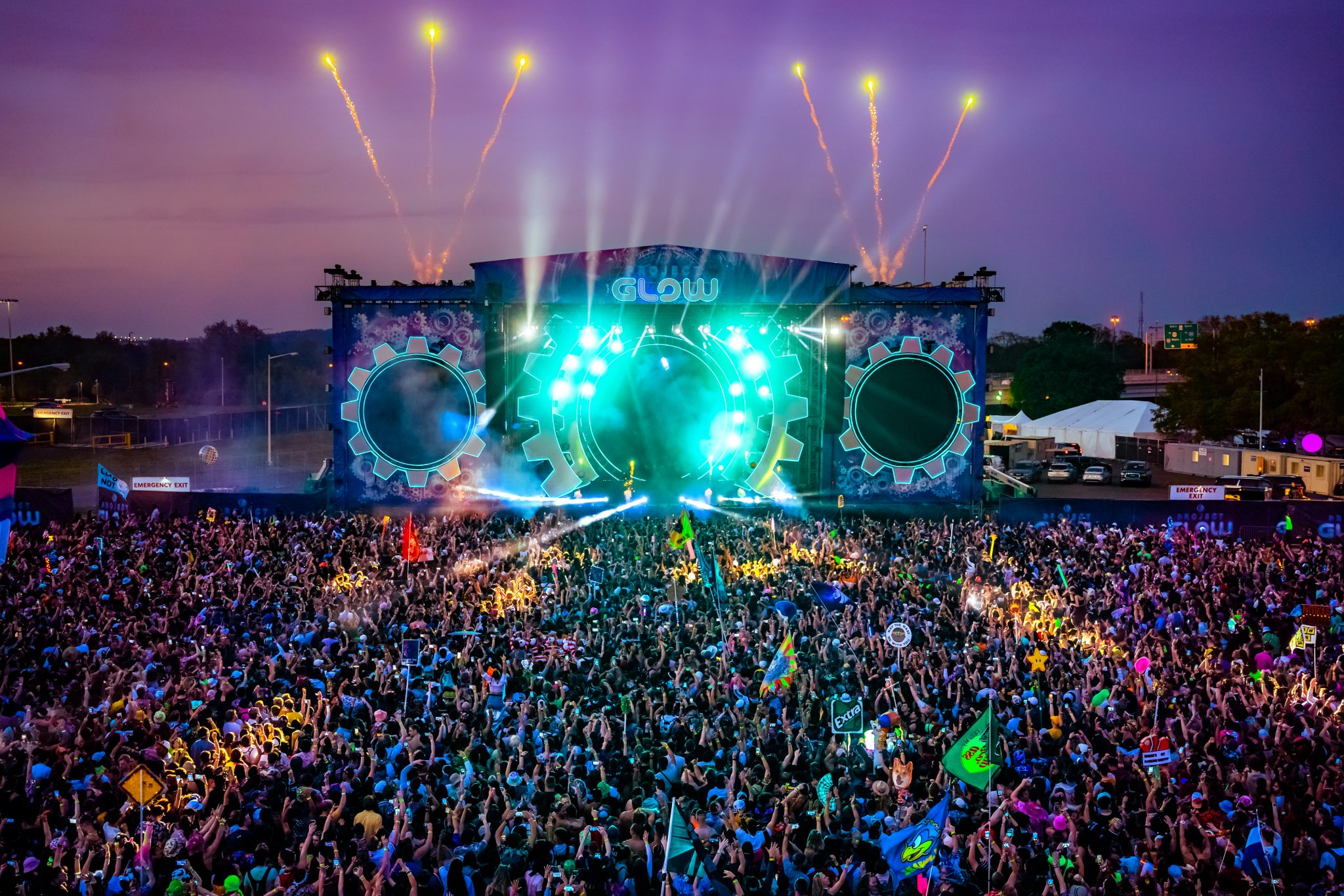 Insomniac Events and East Coast electronic music event promotions company Club Glow held the inaugural Project Glow Festival in Washington D.C. this past weekend. More than 40,000 attendees flocked to the Nations Capital for two days to celebrate 20 years of dance music culture in the city. A colorful spectacle of three neon-lit stages and a lineup of more than 65 music acts created a beautiful outdoor Spring affair against the picturesque backdrop of the Anacostia River despite some rainy weather the first half of day two. The second edition of Project Glow was announced as a surprise during the event and will take place in Subaru Park just outside Philadelphia, PA on Saturday, October 1 and Sunday, October 2. Tickets to Project Glow Philadelphia are on sale this Friday, May 6 at 10 a.m. ET at ProjectGlowFest.com.

On the banks of the historic Anacostia River, the Festival Grounds at RFK Campus plays host to Washington, DC’s hottest festivals, concerts, carnivals, sporting and community events. Getting to the Venue was simple. I personally used rideshare and had no problem with the drop-off process. Leaving however was a bit cumbersome. As with all festivals, the sheer number of people trying to leave from a venue at the exact same time posed logistical challenges. There was a dedicated rideshare lot with numbered parking spots for optimal car organization.

There were two large stages — The Eternal Stage and The Pulse Stage — as well a BoomBox Art cart. Moving between the stages was a simple affair as they were on opposite sides of the festival grounds and there were few obstructions besides merch and food stands.

The 111-foot-wide structure of The Eternal Stage was decorated by more than 150 lights, 10 flame units, and a sea of confetti raining over the crowd. The mechanical gears represented in the stage design and the Project Glow artwork depict the continuation of dance culture’s sound and time since the 90’s. Specially curated with a roster of artists significant to Washington D.C.’s music scene over the years. The Pulse Stage created an immersive, 360 degree music experience through a sea of LED lights and video towers positioned within the audience.

There were plenty of bathrooms for both GA and VIP and although I was initially concerned that there was only one dedicated water area, I was relieved to find that there were over a dozen stations and that the lines were rarely inundated. I never once had to wait more than a minute or two to get to a water spout and bathrooms were a quick and painless experience.

There were over 65 music acts for this debut festival, including heavy hitters like Seven Lions, Griz, and more. The Eternal Stage showcased incredible artists like Above & Beyond, who first performed at a Club Glow event back in 2007, and Martin Garrix, who debuted at Club Glow’s Echostage back in 2015 following the release of “Animals”, his first of many award-winning tracks. In a fitting performance, the first artist to ever play at Echostage during its 2012 grand opening, Roberto Gonzalez, kicked off Project Glow in an early first day appearance. At the Pulse Stage, Diplo’s Higher Ground and Insomniac Records each brought their signature style and house music sounds to the stage. John Summit, Walker & Royce, Meduza, Noizu, MK b2b Sonny Fodera and more brought high-energy performances.

Overall, I thoroughly enjoyed Project Glow in D.C. and would definitely recommend going to the next iteration. It was a first-year festival so there were some grace notes missing that more mature festivals like EDC and Beyond Wonderland attendees are used to, but these things come with time. The festival had the basics down and the musical acts were top notch. My hope is that the next time, the stages will be bigger and more in line with Insomniac’s more established festival brands. Additionally, I anticipate that there will be more variety in artistic installments and rides than the ones that were offered this time. Insomniac has been trying to expand its East Coast offerings and this partnership with Club Glow has created a greatly expanded portfolio.