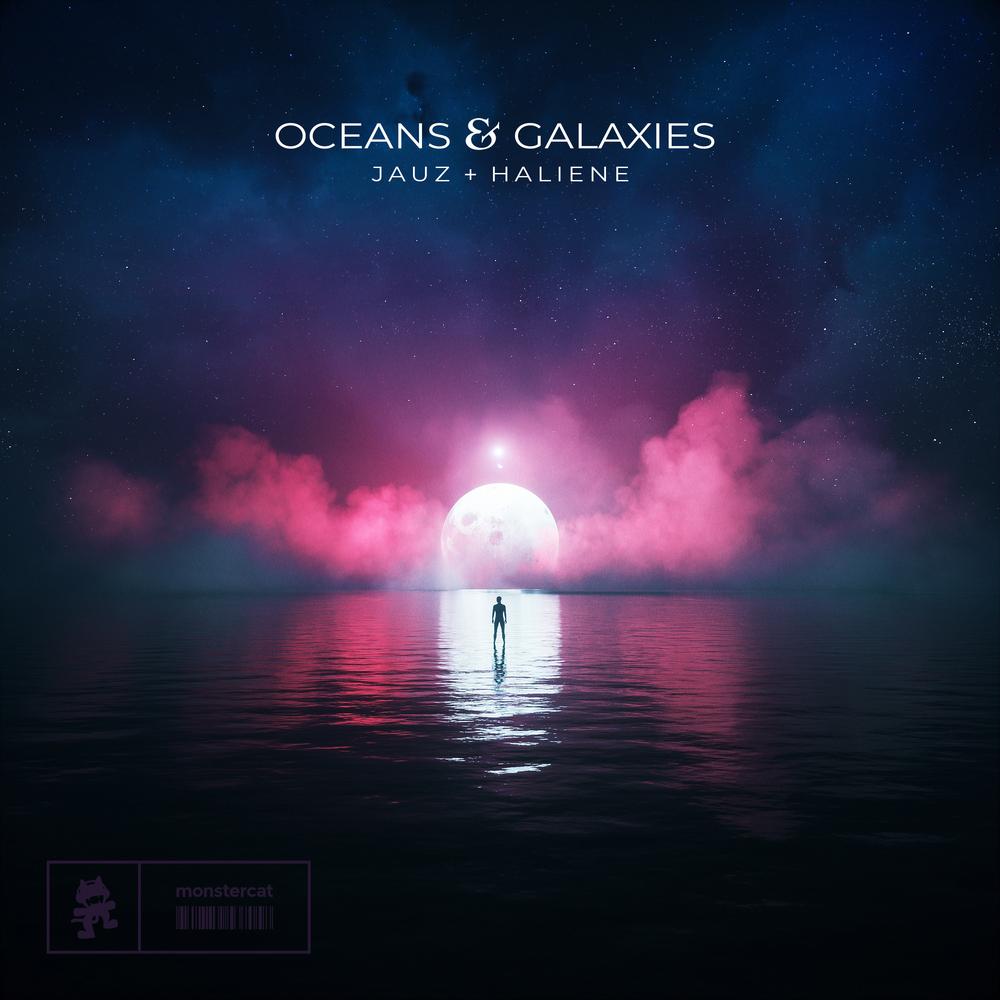 Jauz makes a grand return to Monstercat alongside one of our favorite singer-songwriters, HALIENE, to release ‘Oceans & Galaxies‘! It’s been nearly 5 years since the Bite This! label boss showed himself on an original Monstercat release, but he’s finally back. This release acts as an ode to the unfettered connection of love that people can hold toward each other. Specifically, it comes from the perspective of one who is determined to reach out toward their loved individual, mentioning that distance is of no substance.

“‘Oceans & Galaxies’ was written at the start of the pandemic, when so many people were feeling so distant from the ones they cared about. I wrote these lyrics to remind us all that love knows no distance, and even 10,000 miles will never be too far.“

Throughout, the collaboration takes the soft and passionate theme to heart, having the production compliment it. In addition, HALIENE’s ethereal and powerful delivery hammer in the essence and melodies that the track revolves around. That’s not to mention the shapeshifting bass notes in the chorus that moves through seams of powerful kicks and percussion. Overall, ‘Oceans & Galaxies’ avails itself as a perfect cohesion between both artists.

Jauz and HALIENE will be taking to Monstercat’s Twitch channel for a charity livestream on April 22. Notably, that marks Earth Day, therefore, their stream is in benefit of the non-profit organization, Beneath The Waves. The organization dedicates itself to promoting ocean health and using science to catalyze ocean policy, uniquely focused on shark conservation and marine protected areas. Topping off, the artists will premiere an acoustic performance of their new track, followed by a live art stream by Monstercat artist Amanda Cha, educational interviews on ocean conservation with Dr. Austin Gallagher (Chief Executive & Lead Scientist at Beneath The Waves), and more.

Listen to Jauz and HALIENE collaborate on their track ‘Oceans & Galaxies’ via Monstercat below!