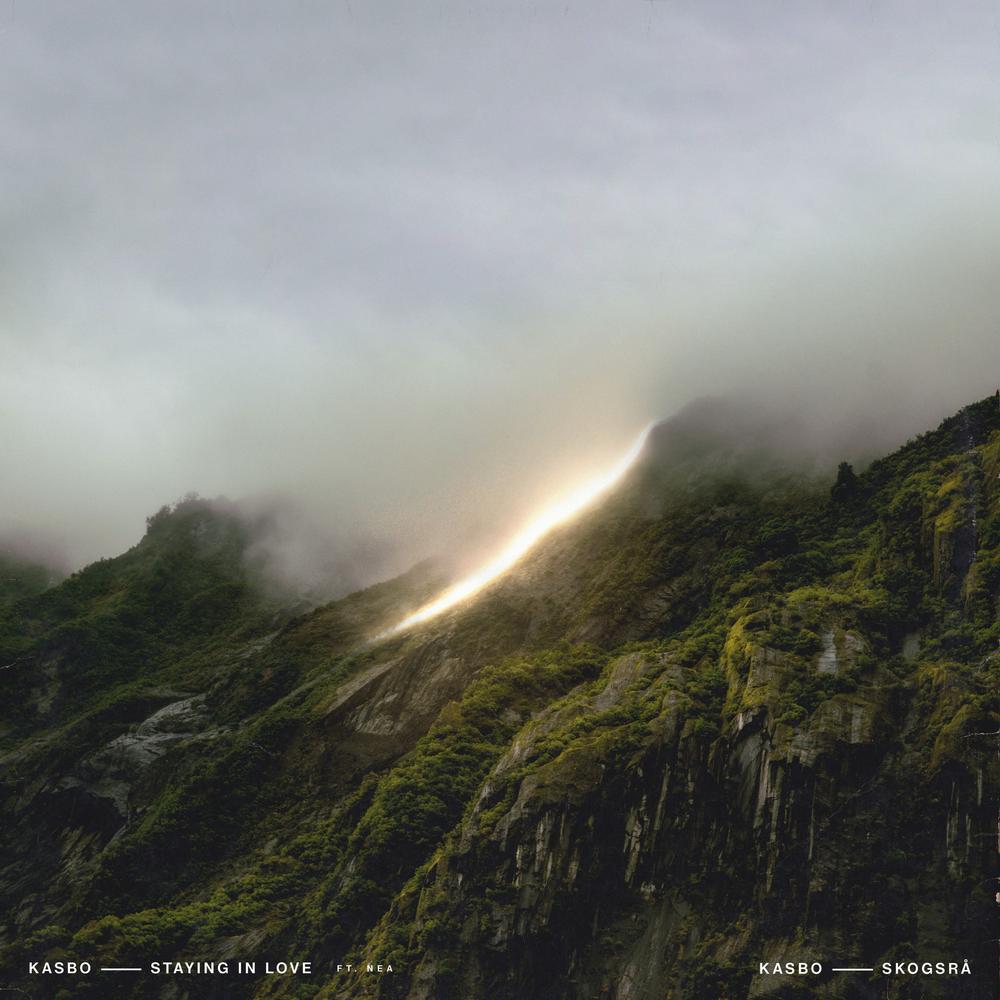 Kasbo returns with a new double single release, ‘Staying In Love‘ featuring Nea and ‘Skogsrå‘. These come following ‘‘ with Ourchives and ‘‘, revealing a part of what’s to come on his forthcoming album, The Making of a Paracosm. Moreover, the album comes to us via ODESZA’s Foreign Family Collective imprint alongside Counter Records on October 23.

I’m so proud of these two songs (i feel like I’m really pushing myself and sound here) and I can’t wait to hear what you think of them. GO STREAM PLEASE LOVE YOUhttps://t.co/DU4xxs1XW8 pic.twitter.com/p6XSGII6QC

Firstly, it’s very Kasbo-esque from the introduction which has warping filtered vocals. From there, Nea’s vocals tell a story while creating a gentle atmosphere alongside silky pads and production. The chorus expands the sound through swelling synths and brushing percussive tones alongside powerful kicks. While retaining much of the artist’s distinct style, it’s clearly a movement at the same to plunge into more influences. Overall, there’s a lot to say about the track as it stands to be one of Kasbo’s finest, but his own words and story are better.

“I wasn’t originally having this one on the album. I went to Stockholm for a few weeks to wrap up the last parts of the album, recording vocals, etc. Me and Linnea (Nea) hung out there and she convinced me that I needed to try to make it work for the album even though I was in the final mixing step for the other tunes. I’m insanely happy she did because this is one of my favorite tracks on the album. The heartfelt lyrics about the inevitability of love fading, the melodies, and everything is just so strong and moving. I pushed myself really hard to make this song feel like something unique production-wise. It draws on inspiration from Jungle, Ambient, Lofi, pop music, and my more classic sound and I’m super happy how it all came together.”

On the other hand, this pushes the envelope a bit further into Kasbo’s stylistic palette. Resonant sharp synths take hold of the melodies, as a deeply faded vocal shot shifts into the background. Throughout, it retains quite a mystical and enchanting tone. Once the vocals kick in, it settles in as a track which gives off a perturbing sensation. Clearly, the artist emphasizes a wide soundscape which has great depth to it. Apparently, ‘Skogsrå’ refers to the symbolic forest spirit widely found within Scandinavian folklore, known to many as “the guardian of the forest.” The beautiful and alluring forest spirit has been said to steal the soul of confident explorers, slowly turning their intrigue and trust into uneasiness and introversion until they become lost to the woods forever.

Listen to Kasbo push his sound further on ‘Staying In Love’ featuring Nea and ‘Skogsrå’ off his forthcoming album, The Making of a Paracosm, via Foreign Family Collective and Counter Records below.