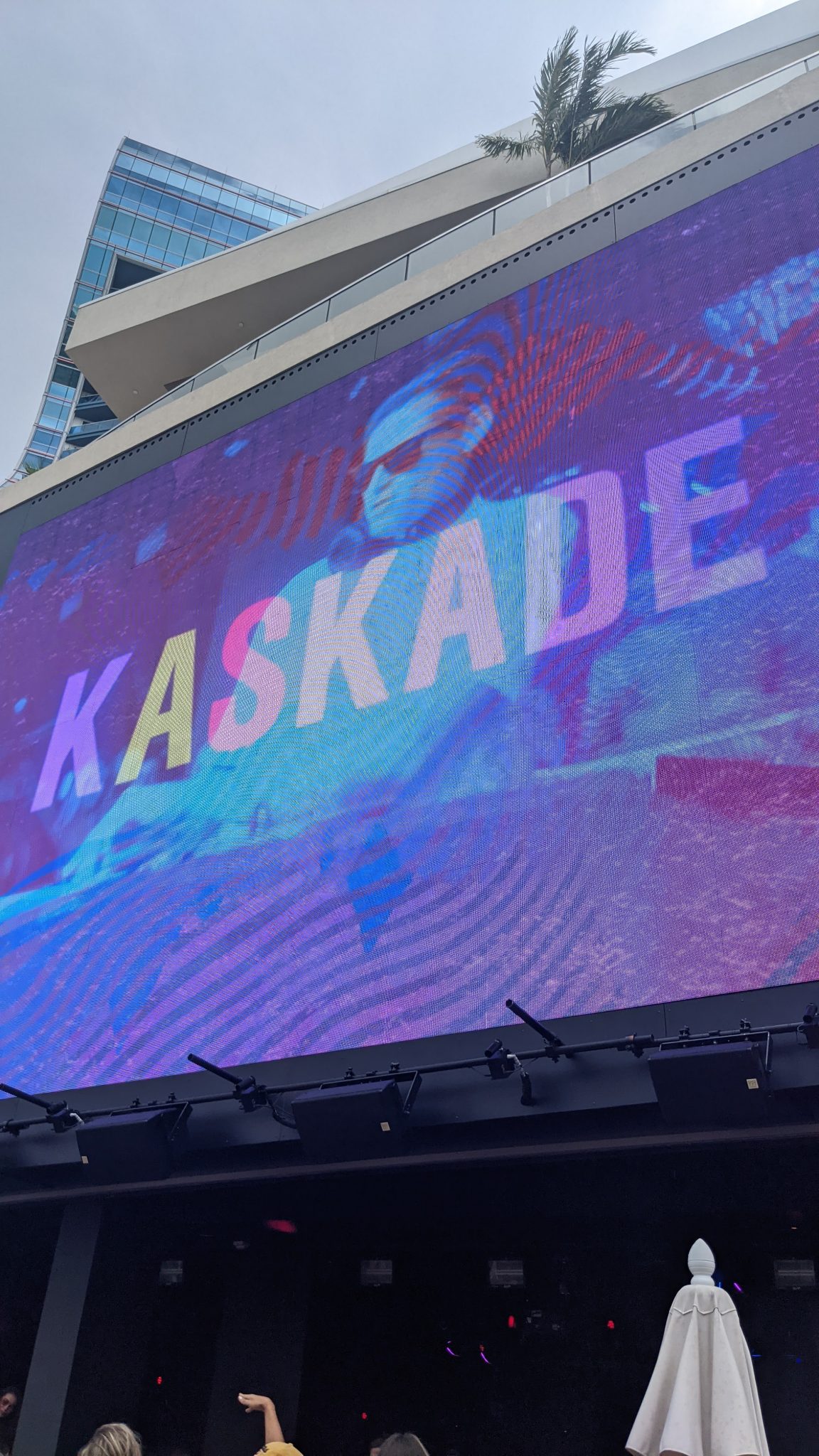 This Saturday Hard Rock Hollywood’s Daer Dayclub hosted Kaskade for an epic day-party, and it was everything EDM fans needed. The party kicked off around noon, but Kaskade was not due to hit the decks until around 4. The crowd quickly filled in until there was only standing room around the massive pool-deck area.

By the time Kaskade started playing, the crowd was roaring and ready to go. Kaskade brought an eclectic mix of new tracks and lots and lots of nostalgia. Perhaps the best part of the set was the nostalgia. We’re not talking just “Raining” and “I Remember”, but throwback mashups dating to 2013 and 2014. Being as many of us haven’t been to a proper Kaskade set, or many any DJ headliner show, in over a year those throwbacks hit even harder than usual.

It brought you back to the vibes when festivals, EDM, and DJ shows were a new phenomenon. The crowd was singing along with the throwback lyrics and throwing down when the old school big room drops kicked in. Towards the end, he threw in some chilled out Redux tracks