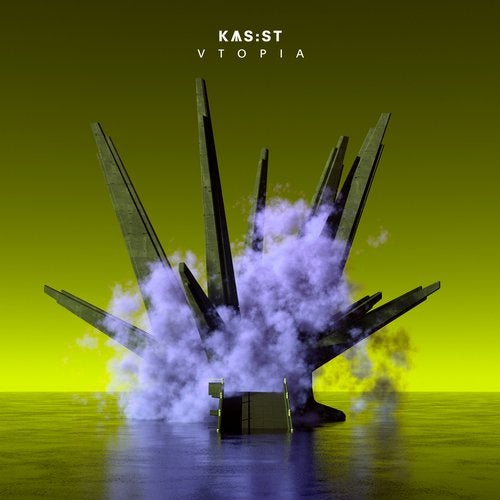 After remixing the classic ‘Walking On A Dream‘ by Empire of The Sun, return with a new release. This one is titled ‘ VTOPIA’, and doesn’t come alone. In addition, they announced the release date of their studio album, A Magic World.

In recent times, the French duo KAS:ST has cultivated great success. Their obscure- raw techno style captivates many people around the world through singles or live acts. You just have to see the millions of views the ‘Hell on Earth‘ video clip has to verify this statement.

Now they return with ‘VTOPIA’ which is out via the imprint by Tale of Us, Afterlife. They confirm their ever-closer relationship with melodic-techno through one of its greatest exponents. At the same time, They seem to have put aside their characteristic previous style: raw and fast to give way to something more melodic and atmospheric.

‘VTOPIA’ is a sample of this new trend, although we have some sound references to previous works. We see Carol and Manuel bet on rhythms more typical of the English scene mixed with their characteristic melodic style and certain touches of techno that make it incredibly nostalgic.

The feeling of the song is enhanced with a video clip that shows a world before and after a traumatic historical event. People in that world resort to any form of distraction to get out of their horrible reality for a while.

This single is the first advance from their second studio album, A Magic World. The LP will consist of 15 pieces that will go through a plethora of styles, and it’s being released on December 11.

You can listen to KAS:ST – VTOPIA below!