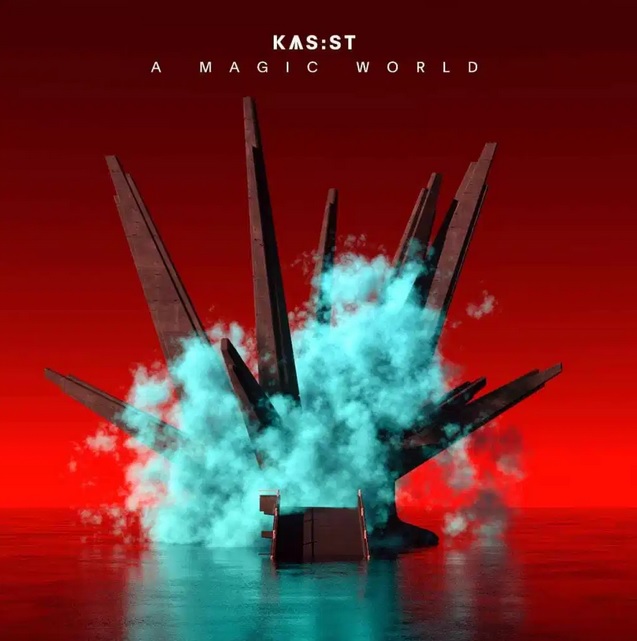 The Parisian duo took advantage of the time off from live events to push the limits of their musical output. Delivering an exploration of many sounds on their new album, KAS:ST presents, A Magic World. We can hear the techno, ambient, hip hop, classical, and pop influences in it.

The long- awaited album of KAS:ST is finally available worldwide via Tale Of Us’ Afterlife Recordings. It consists of fifteen tracks that aim to discover and overcome musical boundaries. Officially unveiled one month ago, this work is the fourth album by the Parisian act, also their second apparition on this iconic label.

“Our new album is a much broader, artistic exploration for us and one which we feel demonstrates our many musical influences. ‘A MAGIC WORLD’ is our vehicle to showcase a blend of electronic, rap, pop and classical influences, all whilst remaining true to the sounds of techno”

KAS:ST Takes Us Into A Magic World

This release follows ‘VTOPIA‘ which came out with a cinematic video that evokes ancient works of the duo. The album has a strong start with ‘The Gate‘. Hypnotic and soothing arpeggio join mesmeric beats to flow into a minimal and techno breakdown.

Dark and crude tones characterize ‘VTOPIA’ to unfold into ‘Mirrors‘. Mysterious and spiritual cinematic themes oppose the downtempo organic beat for a unique production. However, ‘Letters‘ is probably the most experimental tune for the duo. It discovers the simple vibrations of a piano enriched by an ethereal vocal on top.

In summary, A Magic World is the perfect manifesto of the time we’re living in; everything is in constant evolution. As such, predict what’s coming next is impossible. In other words, we have to adapt and continue to improve ourselves as human beings. It doesn’t matter how and where you start.

You can listen to A Magic World down below!