Lexus and The FADER present 25/8: How Empress Of turns fear into fuel
Written by BerangariaFranzen 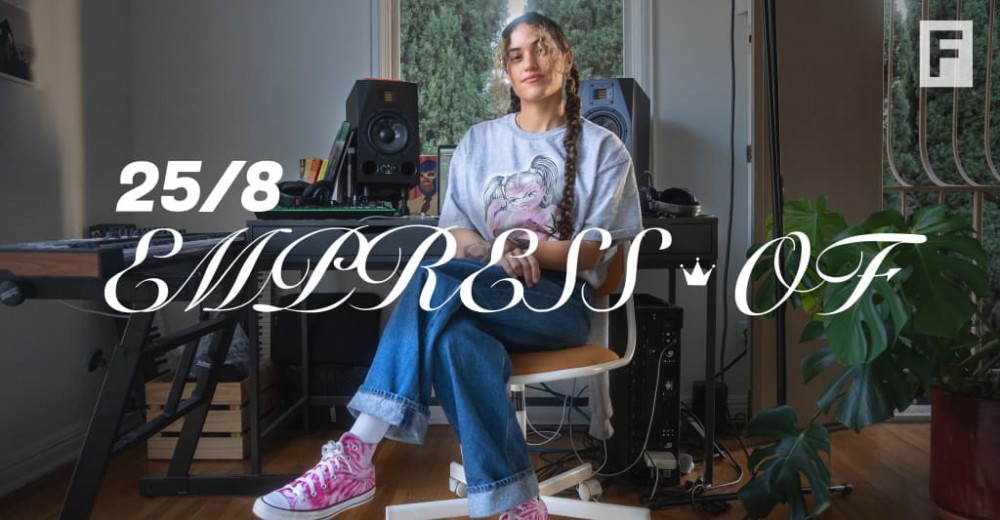 Throughout her career, Lorely Rodriguez (who writes, records, produces and performs as Empress Of) has always pushed her own boundaries, crafting consistently vibrant pop hooks that stick to the bone. Her third studio album I’m Your Empress Of arrived last April, at the first height of the pandemic. Rather than despair over not being able to tour her new material, Rodriguez used all of the newfound downtime to blaze new trails, starting her own label Major Arcana, on which she shared the first single “You’ve Got To Feel” with Amber Mark back in October.

“I got out of all my deals. I needed to put out something that I had 100% ownership of,” she tells The FADER. “To be responsible for the campaign, the promotion. I wanted to just try it. You learn the confidence to just say, ‘this is what I want to look like on this video, this press photo, this album cover.’”

Still, maintaining a steadfast commitment to your work is a challenging endeavor, especially when stuck at home and untethered to any specific routine. In our first installment of 25/8, we caught up with Rodriguez at her home studio in Los Angeles, where she told us how she turns fear into fuel and how she how she goes all in on her music. Check it out above, and keep an eye out for more episodes of 25/8 in partnership with Lexus, who recently went all in on their new sport sedan, the 2021 Lexus IS.