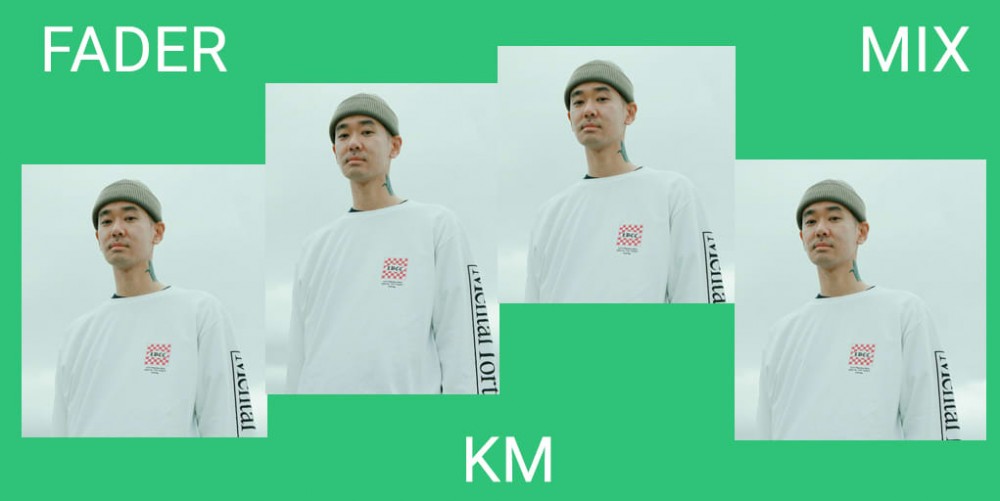 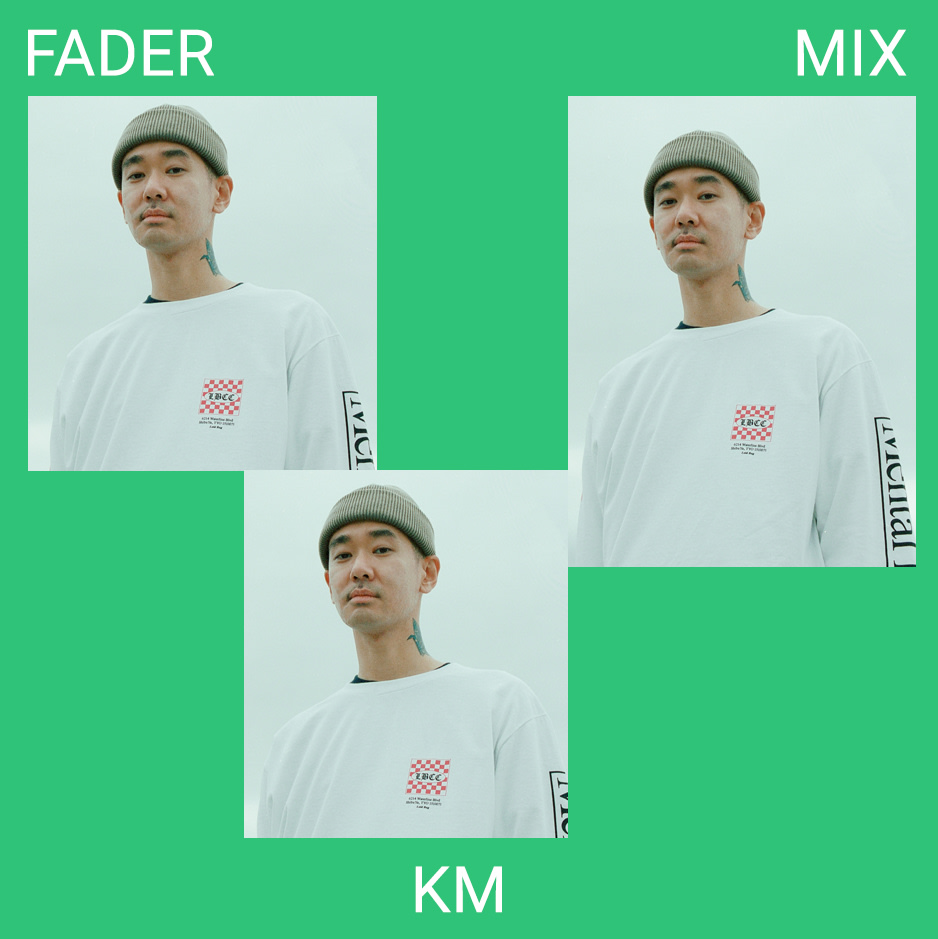 As one of the biggest producers in Japan, KM is keen on spreading his reach, and that of other Japanese artists and producers, to the North American masses. As part of new label Frank Renaissance, he and co-founder Ren Stern hope to do just that.

“So many artists in Japan are influenced by dance music from the U.S. and U.K., but within that, I also believe we’re beginning to develop our own unique style,” KM explained. “Frank Renaissance takes those emerging artists and supports them in bringing that new Japanese style to the world. I’m excited to be a part of this effort and to see what’s to come.”

After sharing his sophomore album, EVERYTHING INSIDE back in June, featuring collaborations with artists like Daichi Yamamoto and LEX, KM says a double LP version is set to drop sometime this year.

For his FADER Mix, KM hops from hip-hop and R&B to punk rock and EDM and back again unjust under 45 minutes. Listen below — and read on for a short Q&A with the producer.

The FADER: Tell me a bit about this mix. There’s a lot happening in terms of genres. What was the inspiration for how it came together?

KM: The remixes, bootlegs, and the originals in this mix are all my own beats. It crosses over various genres, but I hope you can feel the coalescence across them.

Lockdowns have started to end in most places. How did you cope and how did you stay inspired over the last year and a half?

I’m highly disappointed in the Japanese government’s handling of the pandemic. To be truthful, I’ve felt down any time I’ve seen something concerning the pandemic on the news over these last several months. Now that I think about it, I think I locked myself in a studio as a way to escape all of that. While major labels were slowing down in production due to COVID, I was able to produce two albums and provide tracks for many artists. Inspiration came naturally as I continued to work in the studio and ideas kept flowing one after another.

Is there a track that stands out in this mix for you?

Most of the tracks that I chose for the mix are exclusive, but I would want people to especially check out “DAZED (KM Flip)” by Matt OX, “What Ya doing (KM Remix),” by LEX, who’s my label and a huge star in Japan, and “Motown Man (KM Remix)” by C.O.S.A.

What artists or producers are you most excited about right now?

This year I’ve liked listening to Monte Booker and Take A Daytrip, and I’m always listening to Kenny Beats’ work as well! Also, Deb Never, D33J, Shlohmo, Clams Casino, and The Alchemist. Tracks produced by techno or electronic producers like Jacques Greene and ACTRESS are some of my favorites too.

Most people are very focused on Tokyo as the art and cultural center of Japan, but what is the music scene like in the country overall?

Hip-hop from clubs in major cities across Japan is gaining more national attention today and attracting new audiences. Artists who aren’t looking to be a part of the major label infrastructure here are exploding in popularity on social media and in underground scenes. I feel we’re living in one of the most exciting times in Japanese music today, with creativity abounding. I’m excited for the future and I am motivated by the greater Japanese creative scene every day.