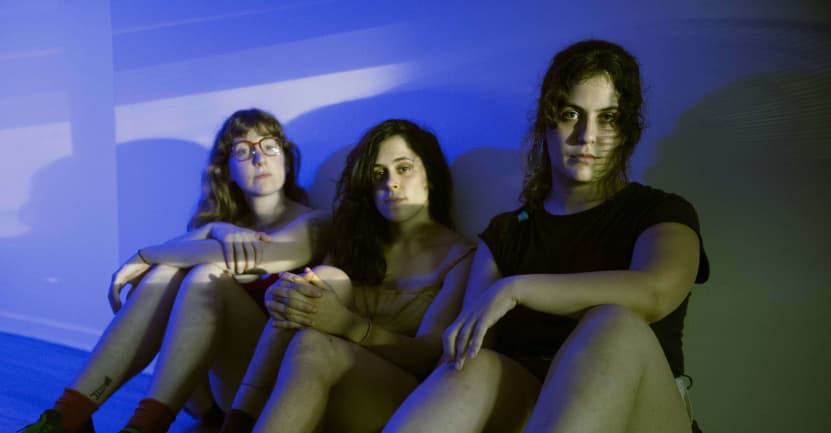 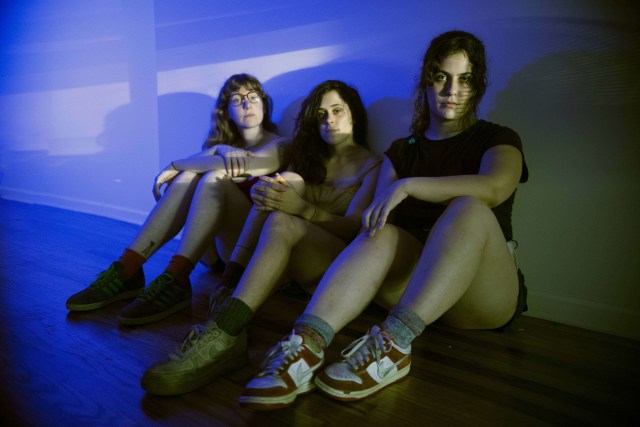 Beloved New York three-piece Palberta make songs that loop and bounce like the tightest corkscrew curls. Their general method is not unusual for three musicians with a predisposition towards experimental and avant garde forms: they lean heavily on repetition, with the understanding that any deviation from those repetitions will feel thrilling and strange. And although their approach is familiar, the end product is unique and brilliant, a hybrid that recalls the angular funk of ESG as much as it does Liz Phair’s early work as Girly-Sound.

Palberta5000, the band’s new album, is Palberta at their sharpest, most realised, and most eccentric. Here, Anina Ivry-Block, Lily Konigsberg, and Nina Reyser clarify their recording technique — recording their vocals with separate microphones for the first time, for example — and use the opportunity to bring new styles and sounds into the fold. The title Palberta5000 evokes a machine — perhaps one that operates with the kind of clatter that Ivry-Block, Konigsberg, and Reyser themselves make — and on Palberta5000, that machine churns out thoroughly Palberta-fied versions of waltzes (the slow-building, unresolved “The Cow”), anthems (such as the wistful “Red Antz”), and pop songs (as on the shockingly straightforward “Corner Store”). By Palberta’s standards, this record is an epic — it runs 38 minutes across 16 tracks, an extremely low song-to-minute ratio for the band, and features multiple songs over four minutes — and which gives them the space to see how their well-established style works in new constraints. Based on some of the record’s most longer tracks — like the nearly five-minute “All Over My Face,” which builds and simmers in a way that Palberta’s songs have rarely done before, and closer “Before I Got Here,” — the new breathing room was much needed.

Of the album, Palberta told The FADER via email: “While punk music was our first love, pop music has become our fixation. Throughout the making of Palberta5000, we were focused on making music that people could not only sing along to but get stuck in their heads… that and attempting to make songs longer than 50 seconds…While our melodies have gotten more melodic and our singing less harsh, we haven’t strayed too far from who Palberta is. Defiantly Palberta. And no one will shape us to be otherwise.”

Listen to Palberta5000 above, and order it on Bandcamp here.