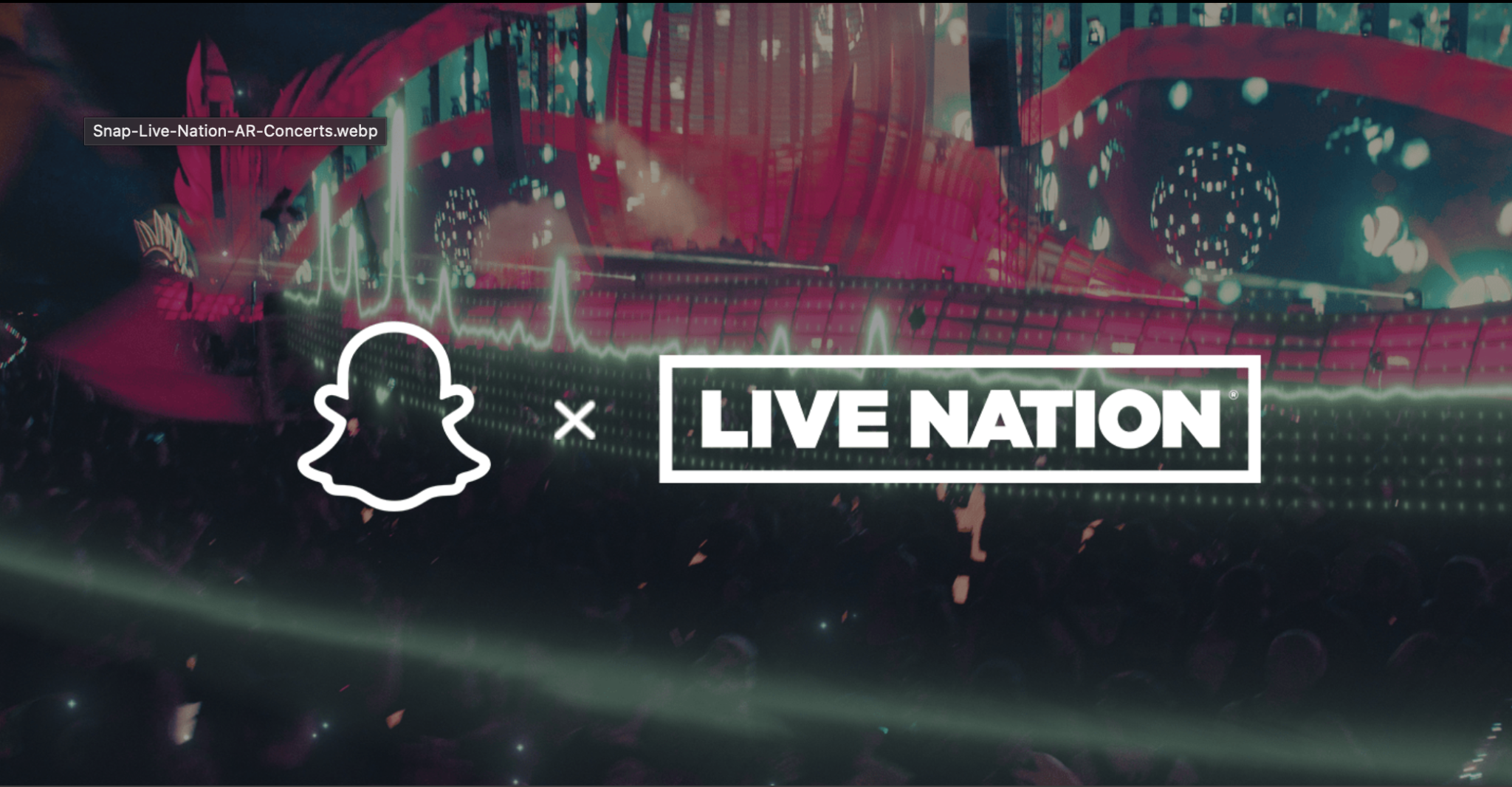 Snapchat is making a comeback with its new multi-year partnership with Live Nation. With the rise and fall of rumors for the filter, content creation app we all thought they would fade away with the updates to Instagram and Facebook. But it looks like they’re taking things up a notch and working on building immersive AR capabilities for several music festivals.

Firstly, with its vast reach of over 600 million active users worldwide, the social media platform has been a canvas for visual expression at events around the world. Secondly, they’ve given us silly stories, but also let creators tell their stories in their own way. What’s more, is their reach continues to grow through the sharing from partner apps, Spotify and Twitter. Now, they want to focus on AR as an incredible new tool that helps fans experience artist performances in an unforgettable way. Lastly, Snap announced their AR is already at scale.

We’re excited to announce a new multi-year partnership with Live Nation that will elevate performances beyond stages and screens. [Creating] a deeper connection between artists and fans – through custom-built, immersive AR with help from Snap Inc.’s creative studio Arcadia.

Here’s How It Works

Simply open the Snapchat Camera at the selected festivals below. Next, you’ll find an extended AR camera that allows you to find merch, friends, and exclusive landmarks around the venue. Hopefully, its signal strength is strong enough for all cell phone providers. Because this would be an extra fun activity for groups. Moreover, you can test this new technology out at EDC Las Vegas first. Check out the video below to see how it works.

So, who’s ready to never get lost again?