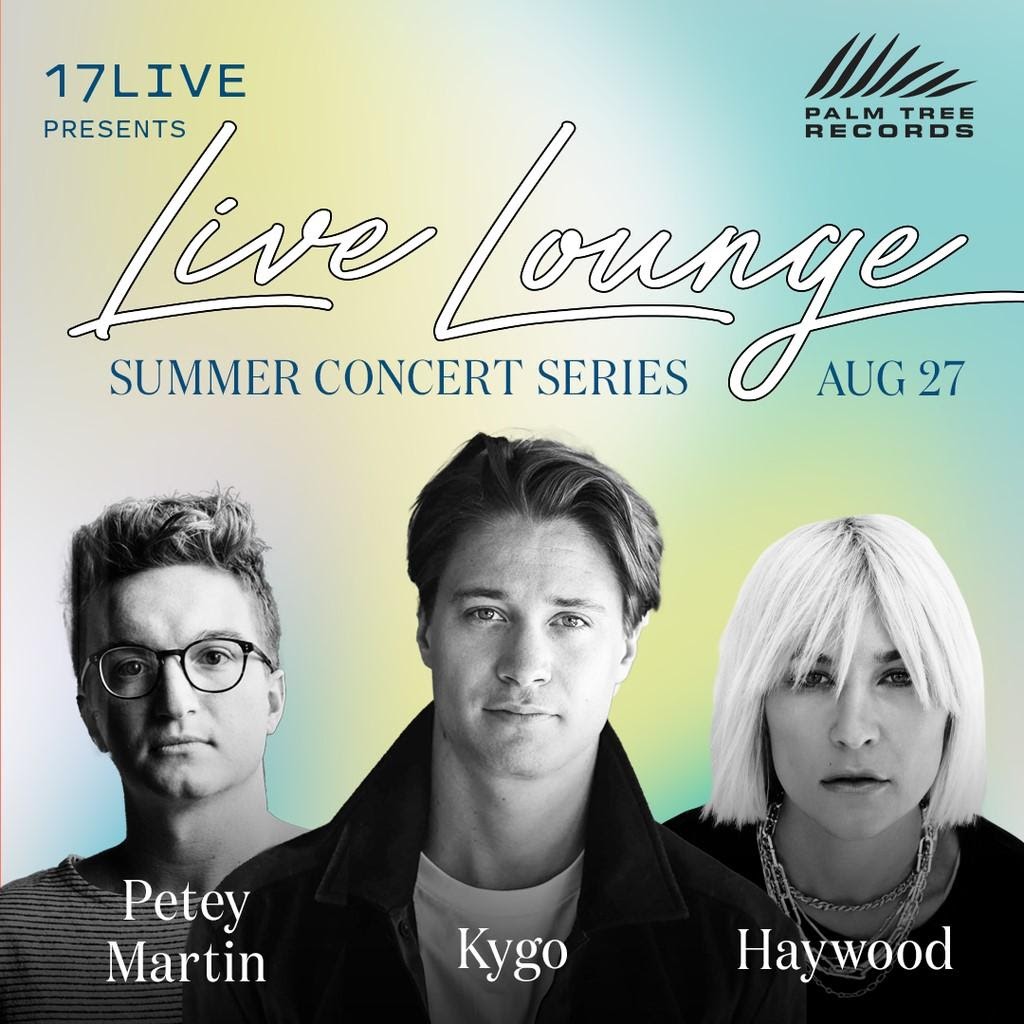 LIVIT, a global live streaming and entertainment platform operated under the 17LIVE brand, announced today that they will host a live-streamed concert and interactive event series featuring international superstar Kygo‘s Palm Tree Records, multi-platinum, award-winning singer/songwriter VASSY, and more. Each performance will be exclusively live-streamed on Asia’s #1 streaming platform, LIVIT, via the LIVIT Official Account in the app, which can be found HERE. 17LIVE is the biggest platform for emerging musicians, performers, and influencers in Asia, with more than 45 million subscribers, and its US-centric brand LIVIT is quickly developing in the United States.

VASSY and hit-making singer-songwriter Josh Cumbee will perform at the 17LIVE Live Lounge on August 6th. VASSY is most recognized for her vocal talent in viral collaborations with dance music giants such as Afrojack and Tiesto. Josh Cumbee has worked as a producer and composer for artists such as Madonna, Kygo, Rita Ora, Armin van Buuren, and Adam Lambert, and most recently penned Olivia Rodrigo’s international hit “‘Wondering.”

The first-ever showcase for worldwide superstar Kygo’s Palm Tree Records, a joint venture with Sony Music Entertainment, will take place on August 27 at Live Lounge presented by 17LIVE. Frank Walker, Forester, Haywood, and Petey Martin, all signed to Palm Tree Records, will play at Kygo’s showcase. Frank Walker, a DJ/Producer from Toronto, has wowed fans across the world with club-ready collaborations like “Like Gold” with Loud Luxury and Stephen Puth.

“I’m excited for my artists to have the opportunity to show the world what they’re capable of.” – Kygo

Haywood, a songwriter and producer who has written songs for Katy Perry, Kygo, BLACKPINK, and Selena Gomez, is now a solo artist. Nashville-based Petey Martin wrote/produced Celine Dion‘s “Ashes” for the Deadpool 2 Motion Picture Soundtrack, Justin Jesso & Seeb‘s “Bigger Than,” and five of Kygo’s “Golden Hour” album compositions, including the lead single “Like It Is.”