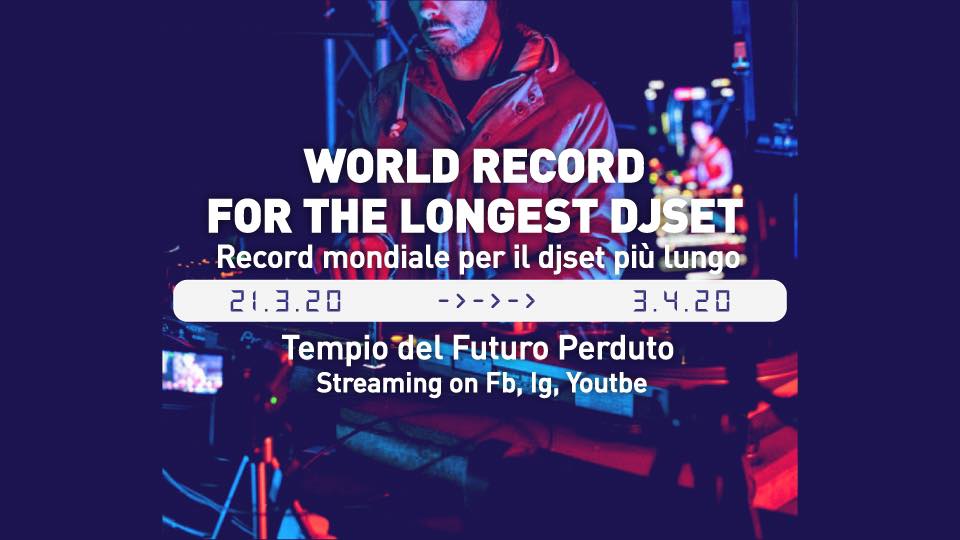 Italy has been ravaged by Covid-19 but at least some positive news is coming its way. Today a number of DJs will attempt to break the world record 240-hour DJ set. With so much free time on everyone’s hands, this is probably the best time to attempt a feat like this. Their plan is to play 340 hours of uninterrupted music at the Temple of Lost Future in Milan. That comes out to a little bit over two weeks of music!

There are currently a number of DJs quarantined in Milan and specifically the Temple. They plan to not just broadcast this but also chat about the virus and its impact on the dance music industry. Hopefully, Italy does not stay quarantined for much longer, but at least they will have something to stream and dance too now. The Temple of Lost Future took to Facebook to announce the event stating:

“During the DJ set, Italian and international artists, promoters of cultural centers and clubs from all over the World will participate by telephone, telling how this virus has radically changed the lives and professions of everyone, each bearing their own testimony.”

Some of the confirmed acts scheduled to perform include Enrico Sangiuliano, Lele Sacchi, Nerone, Neill Landstrumm, and Fabrizio Rat. If they break the 240-hour record they will be dedicating it to the Italian health and medical personnel. The event will run from today till April 4th. If you want to check out the event click here!