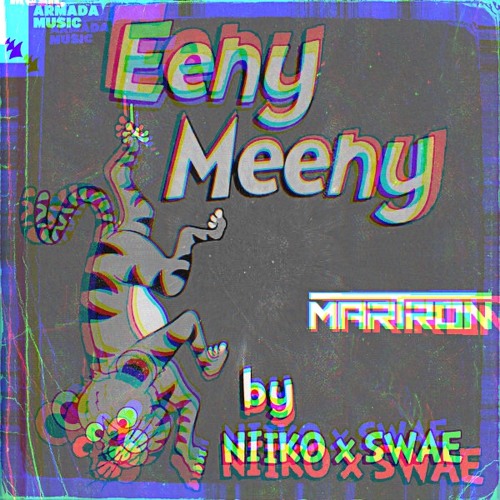 In a world where fresh, original music seems hard to find, remixes keep the world of dance music flowing. For proof of this, just head to your nearest show and see how many bootlegs your favorite dj drops. Having said that, some artists have made whole careers out of this alone. Additionally, some of the worlds biggest headliners having gotten their start this way. Today, we bring you one artists who seems to be doing just that, and that is the NYC-based Martron. In the past, he’s garnered support from some of EDM’s leading publications. This includes Dancing Astronaut, YourEDM, & even EDM.com. His past write ups have been for his originals, as well as remixes. Today, we bring you one of the latter from the budding star. The tune he’s remixed is Niiko X SWAE’s “Eeny Meeny”, and if you’re a fan, I think you’re going to love it.

Firstly, the original version of Niiko X SWAE’s “Eeny Meeny.” is a bass house banger, made for the MainStage. This however, does not stop Martron from putting his own unique spin on the tune. Where Niiko X SWAE went bass house, Martron goes what I would consider trap. If you’re into trap music, I think you’re really going to dig this one. Furthermore, while Martron manages to put his unique spin on the tune, I would say that the best components of Niiko X SWAE’s original are still tightly knit in the finished product.

When asked about the remix, Martron had the following to say:

“I have to tell you, this is probably my favorite release of mine this year, maybe ever. I hit a rough patch in October and this was the first track I made after coming out of it. It felt great to weaponize how I was feeling and to pour as much energy as I did into this one. Making this remix was major for my self confidence and I’m really happy with how it came out. Huge shoutout to Niiko x SWAE for sending me the stems. This wouldn’t have been possible without them and their support.”