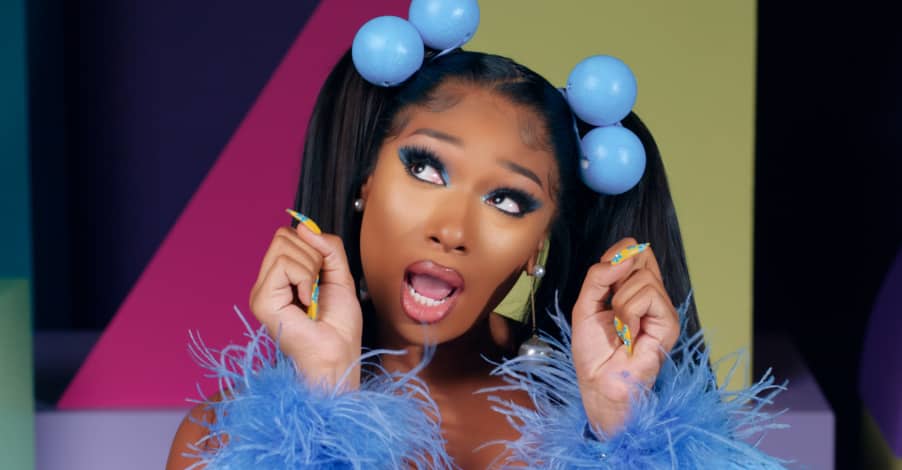 Megan Thee Stallion and DaBaby have dropped the video for “Cry Baby”, their collaboration from Megan’s extremely good debut album Good News, released late last year. In keeping with the song’s mood — which features a repetitive sample of a baby crying as part of its beat — the video is a raunchy spin on a Toy Story-esque scenario wherein Megan and DaBaby play dolls that have come to life to wreak havoc on an unsuspecting toy store. The difference, of course, being that you probably don’t want to show your kids this Toy Story! Directed by Megan’s longtime collaborator Colin Tilley, it’s a typically ostentatious, extremely fun visual spectacle. Adding to the fun is a cameo from YouTuber BlameitonKway, who appears at the start of the clip. Watch “Cry Baby” above.

Although Good News was Megan’s debut album, it also served as follow-up to Suga, Megan’s preceding mixtape, which spawned the hit “Savage”, Megan’s first Billboard No. 1. Later that year, Megan featured on Cardi B’s “WAP”, which also reached the top of the chart. Although 2020 was a banner year for the Houston rapper, she’s stayed busy in 2021, featuring on Ariana Grande’s “34+35” remix, and dropping a Joel Corry remix of her single “Body.”