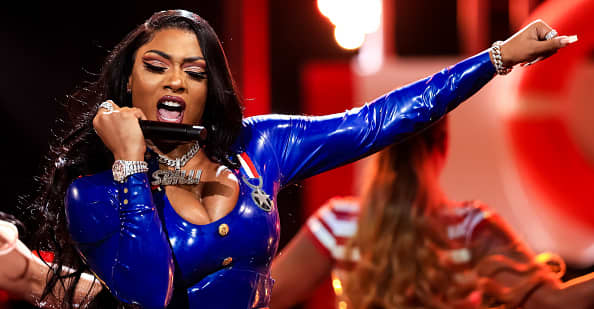 Hot Girl Meg shared a brand new freestyle to “Outta Town” on Thursday. Having dropped a previous freestyle over the same production, the rapper said she was “re-inspired by” the Lil Ju-produced beat in a caption when she initially posted the minute-long clip to Twitter.

Among the freestyle’s many quotables, Meg responded to her haters, (“Any nigga publicly hatin’ is makin’ less than me,”) and reminded everyone of who she is (“Megan is a force / so you know I need two pair.”)

Most recently, Megan told Essence Magazine that her upcoming album will be “aggressive” in her September cover story. “I feel like this project is definitely something very well thought out,” she said in the interview. “This project is me talking my shit, getting back comfortable with myself, getting back to the Megan that was on the come-up.”

Watch the freestyle above.