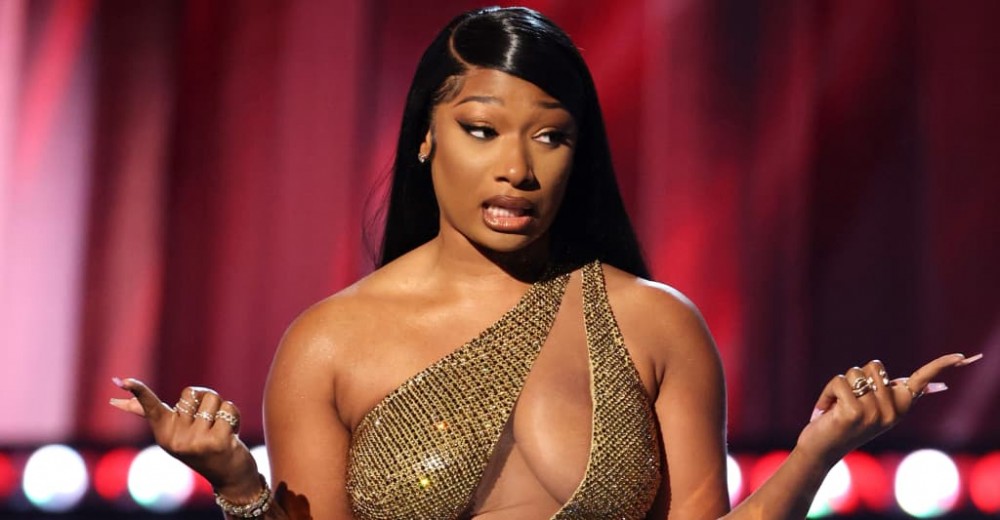 In 2020, Megan Thee Stallion did the following: released her EP Suga, scored massive hits with “Captain Hook” and the Beyoncé-featuring remix of “Savage,” performed on Saturday Night Live, and won Best New Artist at the Grammys (as well as Best Rap Song and Best Rap Performance for “Savage.”) When she announced that she was taking a break, it seemed to make sense.

Then, a few months later, Megan announced the release of a new single called “Thot Shit,” which she said would mark the return of her persona Tina Snow. On Friday, the song dropped along with a video in which Megan, as her Tina Snow alter ego, chases down a politician determined to punish confident women who want to express their sexuality. She is joined on her mission by a number of her fans, the Hotties. On Twitter, Megan said the song was about reclaiming certain pejorative words. “I’m really just talking shit and taking ownership of the words ‘thot’ and ‘hoe,'” Megan wrote, “bc they’re not the drag the men think it is when trying to come at women for doing them.”