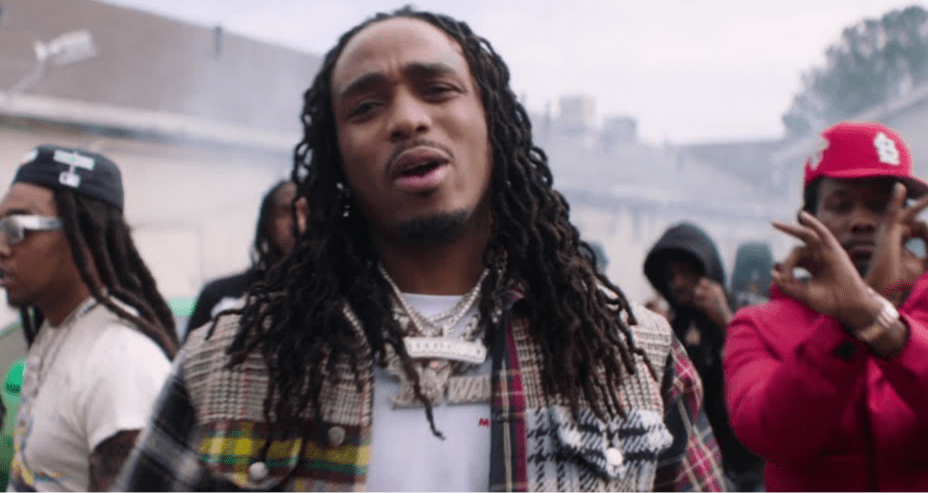 Migos have dropped a video for “Straightenin,” their first new song of the year. The Keemotion-directed video catches the Atlanta trio flexing their extensive collection of cars at various Atlanta locales, including the parking lot of a shopping center. Check it out above.

“Straightenin” is set to appear on Migos’ upcoming album Culture III. The album has been in the pipeline since Migos released the second installment in the series back in 2018. Despite a long wait, Migos assured fans the album is still coming during an appearance on Zane Lowe’s Apple Music 1 show on Thursday.

“We just had came off the tour and we was also doing other records and featuring on songs,” Quavo told the DJ. “So, we just started getting pulled away and just started grinding solo and it was for a good cause. Maybe these records can fit the three, but if it fit one of us, we could go to the moon, and we still going to pull each other, and still bring us to the top, and once we get together and do our records, it’s going to make it just even bigger. It wasn’t no strain on us. We just felt like it wasn’t time yet to put music out. We felt like we was just super grounded, and working, and always on the moon. We had to come back to Atlanta to get to work.”

Since the release of Culture II all three Migos, Quavo, Offset, and Takeoff, have released solo albums. Last year Migos shared “Need It” plus “Give No Fxk” (with Young Thug and Travis Scott), “Taco Tuesday,” and “Racks 2 Skinny.”