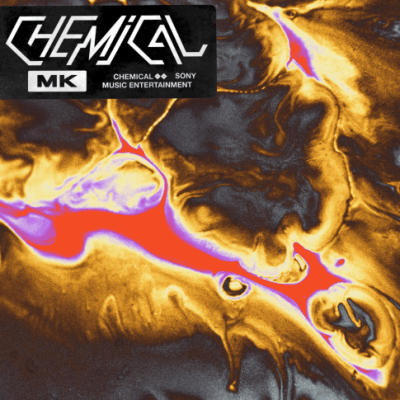 MK is back with a new single for 2021, showing off his alchemy with beats in ‘Chemical’. After appearing in the new Jaguar F-Pace campaign, let’s add this house track to the repertoire. This infectious summer dance anthem is soulful and a stunning production.

Hi-hats flutter to the bass line while it pulsates and the melody bounces. He ditches the signature chopped-up house piano chord progressions and makes this a summer track you can roller skate on the pier too. We actually get some slight Gorillaz vibes from the bumps in tempo. The Area10 label boss continues to show us what he’s made of. As an expert of creating influential house songs of the 90s, this one is lighter in soundscape compared to his previous singles. Nevertheless, if we see new MK music, we listen.

Now, the track is accompanied by an official lyric video where a man is adorned with a boxer’s head singing the lyrics. It’s an interesting animation that makes you laugh but it still bops with the song playing in the background. Can’t take your eyes off it? Neither can we. Rooted in Detroit but taking the world by storm, MK carries the weight in house, techno, hip-hop, and R&B. He has amassed over 500 titles now and is infamous worldwide. As an underground aficionado, he’s the dancefloor’s secret weapon.

We hope there is more industrial music down the pipeline for him. With live events returning, we would love to see his name on the roster. ’17’ still remains the greatest track of 2017. Having worked with Will Smith, Quincy Jones, Diane Warren, Pitbull, Lee Foss, Jamie Jones, and more Marc slays as a DJ and producer.

Listen to ‘Chemical’ below and let us know what you think of Marc’s new sound.