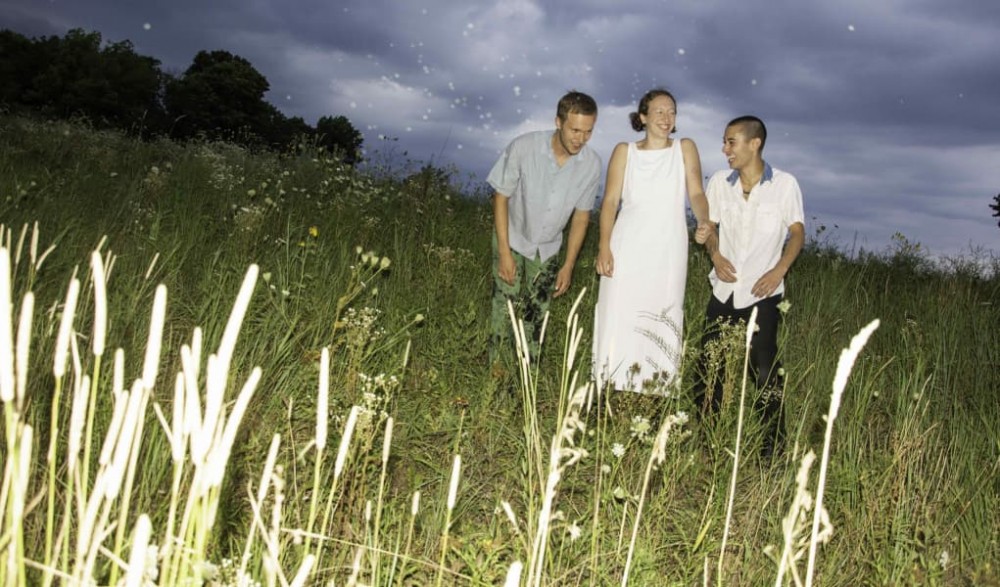 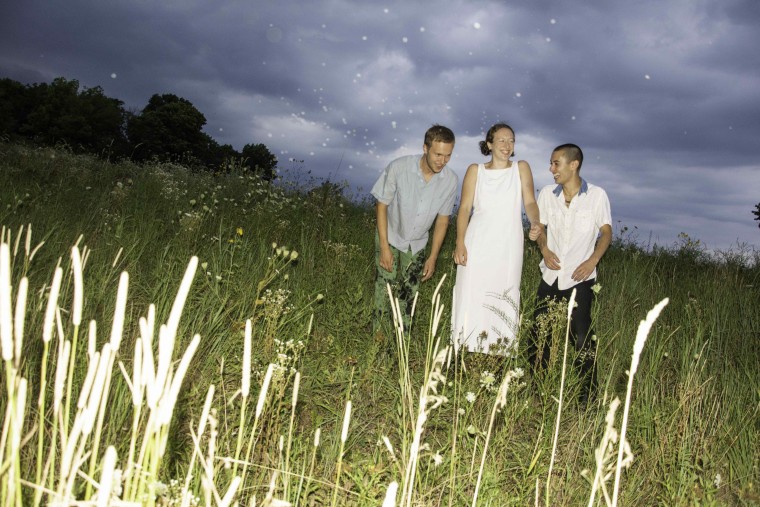 Moontype is the project of Margaret McCarthy, Ben Cruz, and Emerson Hunton — three friends that met at Oberlin and moved to Chicago shortly after. In the time since debuting back in 2017, the three-piece have played with the likes of Peaer, Calyx, and The Knees, and recorded a debut album, which is due out next year. Today, they’re unleashing the first single from the LP: a supremely lush track called “Ferry.” On the surface, it’s a uniquely Midwest fantasy — its not hard to imagine the Lake Michigan waves slap against the hull as a new shoreline drifts into focus — but the escapism of “Ferry” stems from a less favorable place.

“It’s a song about the loss of friendship, not when it breaks apart quickly and devastatingly but when it slowly unravels and you watch it go,” McCarthy wrote, in an email to The FADER. “I think about a friend who was about to go on a two-year long tour, and I started to drift away from him months before he actually left – a trick the mind plays to make the break less painful… When those people go away you feel like an empty shell (no snail inside!) and that feeling is enough to make a person say ‘I wanna take the ferry to Michigan! Get me out of this place!’

“Ferry” arrives with a playful video to match. Check it out below, and stay tuned for more on the way from Moontype in 2021.