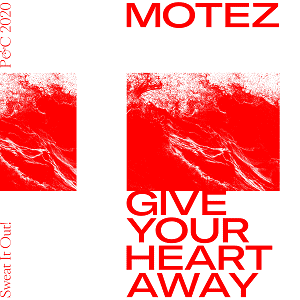 Music producer Motez has just released his newest single “Give Your Heart Away” on Following the recent release of his Soulitude EP, this remarkable artist is back with a club-worthy release.

The new single is another potential hit that is sure to make it’s way to nightclubs as soon as they begin to re-open. In addition, it is an epic track that is sure to bring you a dose of nostalgia to ignite your festival deprivation. As ravers continue to wait for the day when in-person festivals and nightclub events return once again, the sound of sweet dance music can help the time to pass until then. Motez’s “Give Your Heart Away” is one of the tracks that will fulfill the need to attend an event.

Motez is known for a series of club release favorites such as “Down Like This feat. Tkay Maidza”, “Praise,” “Toggle“ and “Where Have You Been.” He continues to capture the hearts of dance music listeners around the country with his compelling music. The talented music maker has remixed songs from various mainstream artists such as Sam Smith, , Ellie Goulding, and Goldlink. In addition, he continues to gain support for his music from all around the world, some of his tracks being played on Beats 1 and BBC Radio 1.

Check out the new track below.