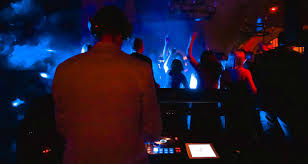 The ongoing coronavirus pandemic hasn’t been kind to musicians, and neither has the United Kingdom it seems. Rather than offering support specific to artists in the struggling music industry, UK Chancellor Rishi Sunak suggested that they find other jobs.

In a sit-down interview earlier this week, ITV News political correspondent Daniel Hewitt asked Sunak what his message to professional musicians was, whether it was to find other careers.

“I think as I’ve said, my simple message to everybody is we’re trying to do everything we can to protect as many jobs as possible,” Sunak said.

When Hewitt pointed out that musicians don’t think the British government has done everything possible, Sunak said it is a “very sad time.” Three-quarters of a million people have lost their job and the figure is likely to increase, he said.

“I can’t pretend that everyone can do exactly the same job that they were doing at the beginning of this crisis,” Sunak said.

“And that’s why we’ve put a lot of our extra resources into trying to create new opportunities for people.”

Unfortunately for musicians, those new opportunities are not in the industry as they know it. Sunak brought up the country’s kickstart scheme targeting young people, whom he said are most at risk of unemployment. The program fully funds“fresh new opportunities for people—that’s exactly what we should be doing,” the chancellor said.

Hewitt pressed Sunak further, saying that the UK has created so many fabulous musicians and artists.

“I think probably you’ve not been quite right, that there’s no work available for everyone at all,” Sunak cut in. “As in all walks of life, everyone’s is having to adapt.”

The chancellor said he has been getting emails about theater companies adjusting by putting on different kinds of performances. It is possible to hold online shows with engagement and for “new business models to emerge,” Sunak said. He added that “plenty of music lessons are still carrying on, same thing happens certainly in my household and elsewhere.”

Sunak concluded: “Can things happen in exactly the way that they were? No, but everyone is having to find ways to adapt.”

The live music industry jumped into online platforms for livestreams at the very start of the pandemic. However, they simply do not replace the revenue or experience that dance music fans crave in a real setting. Many musicians have at the British government. In late September, more than 1,300 music industry workers gathered for a demonstration at Parliament Square in London.

Even producer-DJ Calvin Harris , posting on social media that “as usual, the UK government [is] treating [the] music industry like shit.”