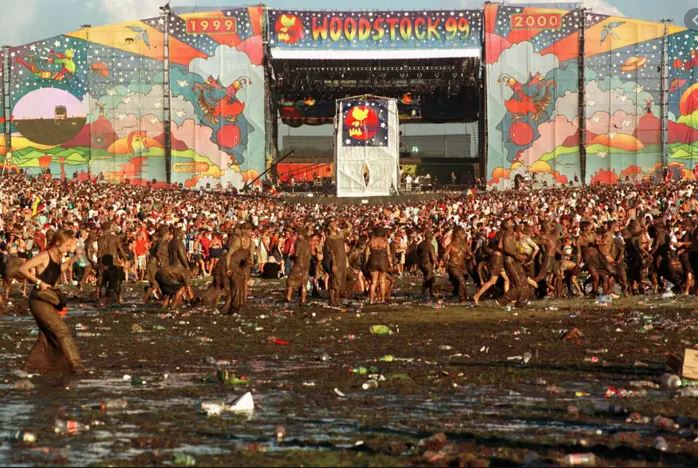 Riots. Fires. Looting. No, we aren’t talking about 2020 for once. Instead, we are talking about Woodstock ’99. An event that was supposed to be legendary, much like Woodstock ’69, turned absolutely disastrous and Netflix is here to tell you all about it.

For children of the 60’s, brings up peace and love vibes and antiwar sentiments. For children of the 90’s it’s much different. Looking back on photos, you can see garbage everywhere. Fires. Riots. People lighting cars on fire. Arrests. And Concert go-ers carrying stolen items from Lowes to the camp site.

So, how did one extremely famous festival go from good vibes to not so good vibes? Perhaps, the festival in the 60’s wasn’t as “peaceful” as we all thought. In reality, bands played well after their schedule set time, two people were ran over by a tractor, and an anarchist group ripped down a fence so fans could attend for free. This is only some of the things that happened. Even with the huge mishaps, the festival still got a positive reputation. Overall, the crowd was there to come to together – to make a change in a time where so much was happening in the world.

Fast forward to 1999 – poor planning amongst other things caused things to go very very wrong. Security was lax. The infrastructure was not ready. The magic of the original Woodstock simply could not be replaced.

Currently, the Netflix documentary is unnamed but it will feature footage and testimonials from people behind the scenes. It will be sure to bring to light what truly happened during Woodstock ’99.