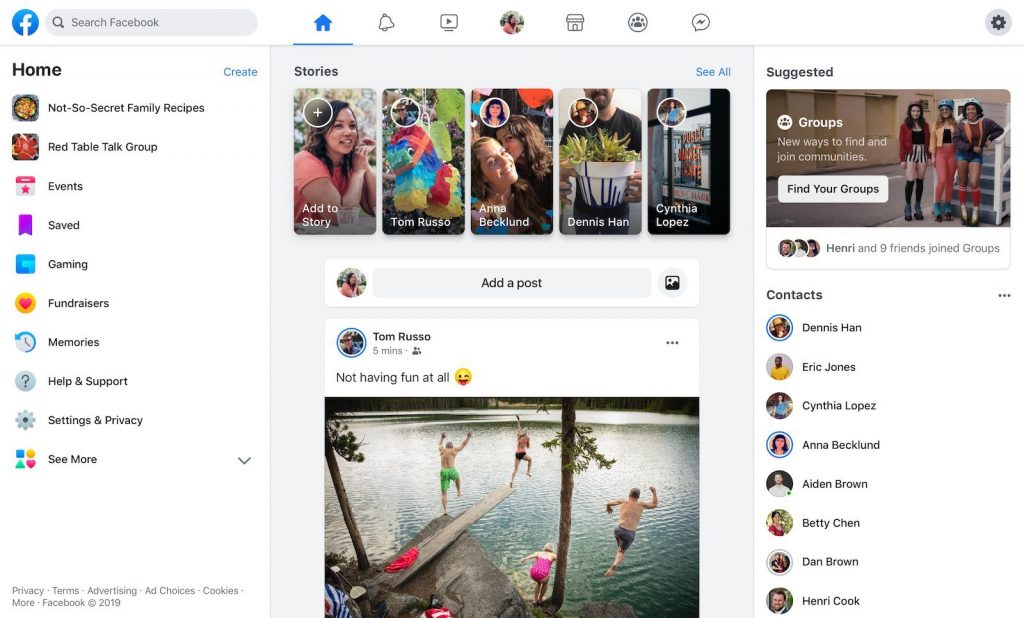 Bust out your smartphone and tap on the Facebook app now. That’s the quickest way to get an idea of what’s in store for the desktop version’s new look. Or, cross your fingers and hope to be one of the first few to take part in the beta testing. According to CNET, the embattled social media giant is finally delivering some fresh updates to the user interface. Besides the brighter and simplified background, an in-demand dark mode will be part of the latest batch of improvements as well. Images from the report offer a peek at the slim new appearance we can all expect to see soon.

Certainly, Facebook seems to keep for all the wrong reasons lately. However, it carries on with its endeavor of providing user experience improvements. Since the initial announcements for the new look in April, the desktop interface hasn’t seen many changes. Therefore, it’s no surprise Facebook is expecting that end-users will want to chime in on the overhaul.

With this in mind, developers are also looking to its users to offer feedback about the new look. From this, they’ll be able to get real-time data about things like software bugs and overall appeal. To that effect, testers will have the option to switch back to the traditional version if they prefer. Surely, with this major undertaking out of the way, Facebook can now focus on other much-needed renovations. Especially considering the inevitable attention they’ll receive as another presidential election looms large.