Nicki Minaj and YoungBoy Never Broke Again team up on “What That Speed Bout?!”
Written by WinstonBurns 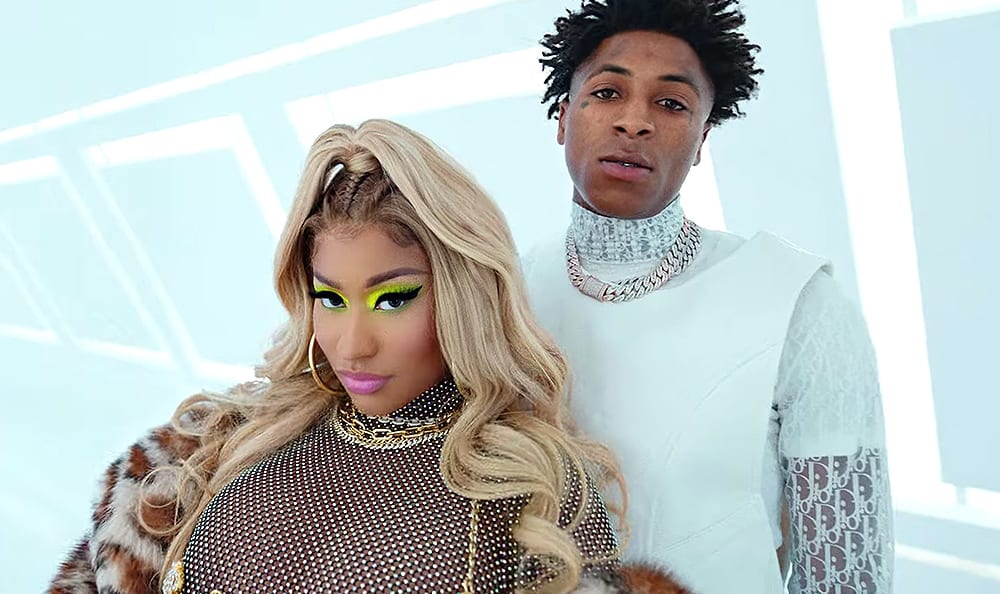 Nicki Minaj and YoungBoy Never Broke Again have shared the Mike WiLL Made-It-produced “What That Speed Bout?!” A sci-fi-style video for the song, featuring space age production design, can be seen above.

A press release states that “What That Speed Bout?!” will appear on producer Mike WiLL’s new project MICHAEL, due in 2021 via his own Eardrummers Entertainment and Atlantic Records.

In October Nicki Minaj gave birth to her first child after announcing her pregnancy in July. This year she has collaborated with artists including Sada Baby, Ty Dolla $ign, Major Lazer, and 6ix9ine.

YoungBoy Never Broke Again has enjoyed a blockbuster 2020 with two albums (May release 38 Baby 2 and October’s Top) both going to No.1 on the Billboard 200. YoungBoy’s online fandom is well-noted, he was the biggest music artist on YouTube in 2019.