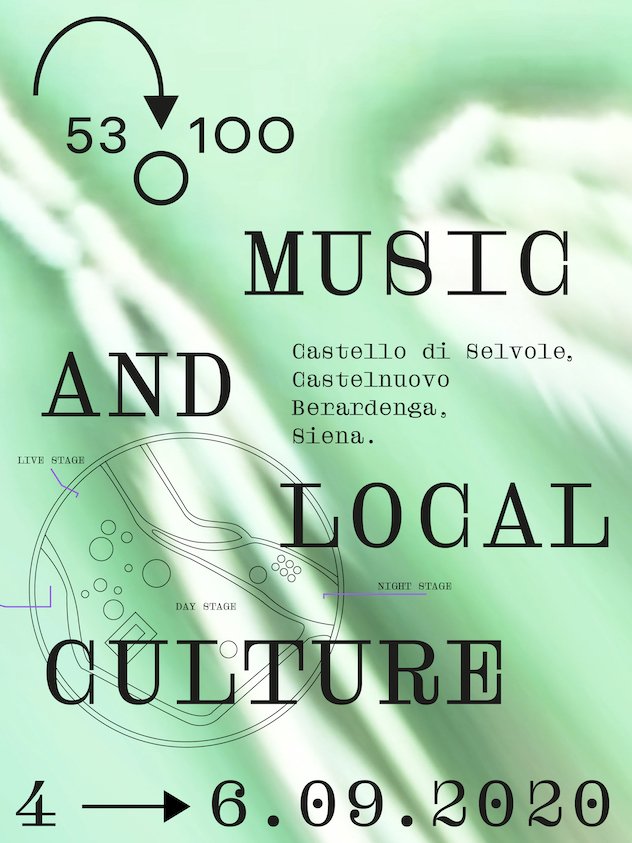 Italy holds its own as a top European travel destination in many respects, minus its dance music scene. The country may not have an Ibiza or Mykonos, but this summer, festival enthusiasts will be able to rave at a vineyard under the Tuscan sun.

Billed as 53100 “music and local culture,” the festival will materialize at the Castello di Selvole home in Siena. The Tuscany region festival taking place September 4 to 6 will have three stages, called Live, Day and Night.

53100 plans to bring a “wide range of internationally respected artists to a place where the boundary-pushing fringes of electronic music are rarely represented.”

“The Chianti area is known as a landmark for Tuscan gastronomy and wine tourism, however electronic music events have always been a rare occasion,” its website states. “Our lineup covers a broad musical spectrum, charting a winding course between ambient, mutant bass and breaks, otherworldly frequencies and plenty more besides.”

Don’t expect a mainstream lineup for this Tuscan vineyard rave. An experimental station from Berlin, Cashmere Radio, is doing a takeover on day one. More than a dozen artists have already been named, including Italians Camille Maria, Emanuele Giannini, and Eraldo Bernocchi. More are to be announced.

53100 is the latest addition to numerous smaller-scale dance music festivals in Italy. The beautiful country doesn’t have anything like Creamfields, Tomorrowland or Ultra Europe, but it does have notable techno offerings.

53100’s dates overlap with one of Italy’s largest dance music festivals, Decibel Open Air, taking place September 5 and 6. The Florence-based festival has Richie Hawtin, Amelie Lens, Paul Kalbrenner, and Ben Klock on its lineup. Italy also has Kappa Futur Festival in Turin on July 4 and 5, with Diplo, Fisher, and CamelPhat.

More information and tickets for 53100 can be found here.