On the road with Ethel Cain
Written by WinstonBurns 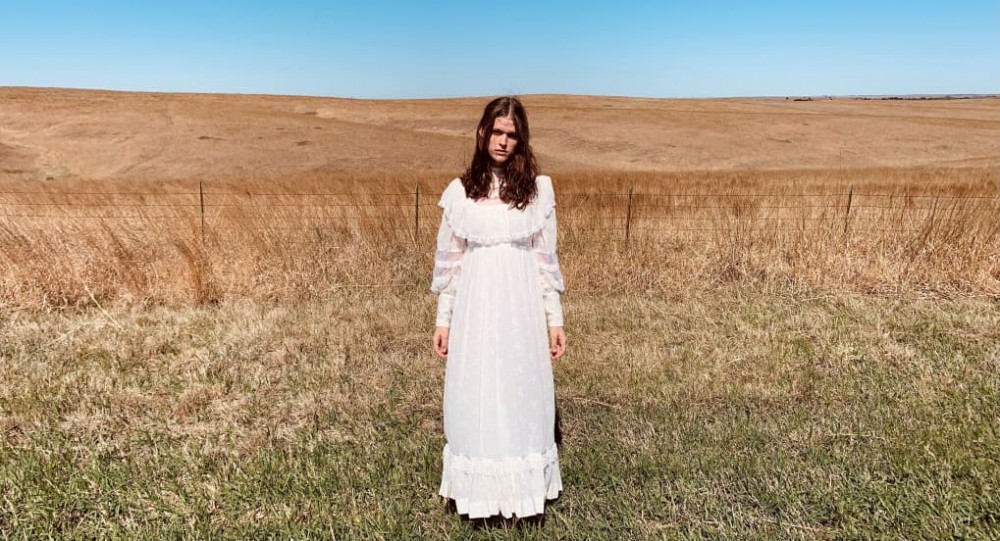 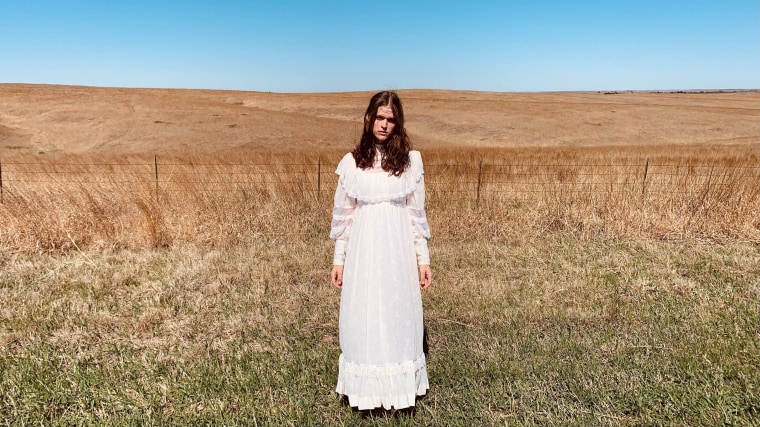 “This is not home, this is the office,” Hayden Anhedönia assures me, at a taco stand near Echo Park in Los Angeles. She glamorized the city’s cinematic appeal on “Michelle Pfeiffer,” which opens her newest EP as Ethel Cain: “everything’s easier way out West, wholly mad and half undressed.” Now that she’s out here all the time for business, she can see through the allure. “Everytime I come out here, it’s such an egregious display of segregation that it almost feels counterintuitive to climb the ladder and make a career for myself. I want to make money so I can buy my house and be comfortable, but I see these rich people [in the Hills] and I don’t want what they have. You’re taking $80 Ubers from place to pace, passing through places that look like skid row. It feels so off-kilter.”

Anhedönia feels more at peace in the forgotten corners of America. She grew up studying pop music alongside the Bible from the vantage point of Perry, Florida, a small town of 7,000 in the panhandle. There, she developed the character of Ethel Cain, who she describes as being comprised of “hot and stuffy weather, white dresses, and hair pulled back into a bun.” To put it in plainest terms, Ethel Cain is “the cult leader of the swamp.” Her music culminates Cain’s theatricality and Anhedönia’s socioeconomic observations into roaring gothic pop that deftly maneuvers between syrupy and sharp-edged.

She plans on returning down south to record her forthcoming debut album, but for the time being, she’s still living in the abandoned church in rural Indiana where she made the EP, Inbred. The decaying Midwest majesty directly inspired the EP’s centerpiece “God’s Country,” an eight-minute sprawler that languishes in broken American promises before rocketing into the horizon, Anhedönia’s vocals entwining with those of Wicca Phase Springs Eternal. Its equally-striking video, directed by her friend Edith Underground, documents her first cross-country road trip with the same weary hope that colors the song. In a country built around its interstate highway system, Ethel Cain is ferociously committed to the backroads, something the video tacitly encapsulates.

Watch the premiere of “God’s Country,” and read our Q&A with Anhedönia, below.

What made you decide to take a road trip and document it in this way?
Ethel Cain: I had to come out to LA, and I didn’t want to just fly out here. Plus I needed to shoot videos and I needed to save money, since I wasn’t trying to go too hard since it’s just the EP. My friend Edith Underground and I decided to drive to LA, and took her old VHS camera on the road. We left at the end of March, and got back in mid-April. I don’t know much about astrology, but I’m an Aries, so it was my season and I was feeling bold.

We started in Indiana, drove to Florida to pick up my sister, and then out to California and back to Indiana. It was my first road trip, and besides stopping at a few motels for showers, we slept in the bed of the truck almost every night. We avoided the interstate and took mostly backroads, with spare jugs of gasoline in case we ran out. My one goal was to wash my hair in a river, but it never happened — next time!

Are there any particular memories from the trip that stand out to you?
There’s a holy trifecta of moments. The day that we left LA, we drove to meet one of my friends Jack from SALEM. He took us to this huge abandoned dam in Ojai, where we had to crawl under fences and scale a big hill, crawl over some shit and go down some ladders to get there. I remember floating on my back in the water, feeling so alive. For a moment, the constant anxiety of the pandemic was gone. Like, this is what I used to do, getting in trouble and hopping fences.

The second was standing at the salt flats in Utah and seeing everything in the distance, with the wind whipping around us. And the third was looking out over the prairie in Nebraska. I’ve always wanted to go there, it’s been part of my work since “A House in Nebraska.” I always talk about it. To stand there for the first time, in the heart of the country, it felt like “this is it.”

It’s really easy to fall into the trap of what America is, especially when you’re seeing it from just one vantage point. In this sense, road trips can offer a lot of perspective.
I think it really shows you why you need to be more open-minded because you can formulate an opinion on why someone is the way they are without any context clues: their upbringing, the environment. Everyone loves to act like everyone else on the planet should act the way we act, but we’re all in completely different situations. I don’t mean in politics — be a fucking leftist — but there’s cultural differences here. I fully feel like racism, homophobia, and transphobia are all rooted in classism. If you don’t know what it was like to grow up rough, you really don’t get it until you see it. 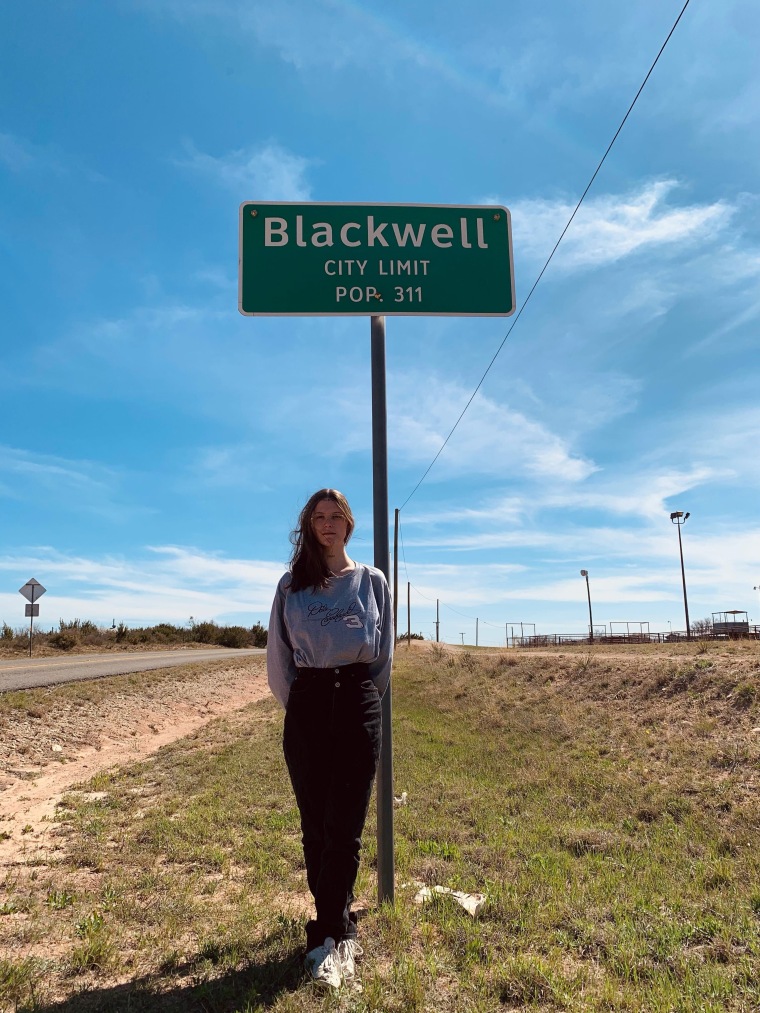 I’ve always admired how your work acknowledges class disparity, especially on a song like “God’s Country,” with lines about how our kids will grow up with half as much.
When I was writing the song I had mad climate anxiety. I was thinking about how our children won’t even know what they’re missing out on, or what they’ll need, or what they could have. This is god’s country?

I was working at a nail salon, and I lost my job the first week of the pandemic. They were like, “bye.” I wasn’t making much, but it was enough to pay my bills. I was in a shitty house paying $285 a month, and there was times when I didn’t eat because my money was going toward equipment. All my friends were starving and broke. I’m blessed that I got offered my deal when I did, because I was scraping and clawing to get there. I was at the end of my road and I needed a miracle. I got really lucky, and it was still really hard for me. Think of all the people that don’t. It feels irresponsible to not acknowledge class disparity and pretend it’s not real, because then you become a neoliberal elite: “I’m doing okay now, so nothing else matters.”

Especially in the music industry I think we’re reaching a point where we have to start speaking out about the money side of things. It feels irresponsible not to.
There’s this weird misconstrued notion that everybody in this industry is rich. A lot of people in the industry are mad exploited. It’s not the artists making the money, it’s the suits that you don’t see. They don’t have the Grammys, but they’re sitting comfortably. For me, I’m trying to make a couple quarters, buy a plot of land, and get out. With all that’s going on right now, it’s so tone deaf that there are still artists who sing about private jets.

One of the reasons I feel like I need to talk about it is that I constantly get compared to Lana [Del Rey]. I love her, and we both sing about America, but I’ve never seen the pearls and the curls. The red carpets out here are two feet away from homeless encampments. The glamour is gone, the shine has been buffed off. Some of my songs are written from personal experience, but let me put myself in somebody else’s shoes.

How did “God’s Country” come together?
Every other song on the EP came together in a weekend, but “God’s Country” took me six months to write. At least ten different versions of the song exist. I’d left Florida for the first time in my life and moved to Indiana, the sun was hot and the cornfields were full. My mind was massively ballooned up with things I’d never thought of. I went to Chicago the first weekend after moving and came back with a baggie of ketamine. My bedroom has all these stained glass windows, and it was hot and I had my screen door open and could hear the bugs. It was a warm feeling, and there was an old piano that they left in the church with this warbly eighties sound. I felt like I was walking down a hot and lonely road out in the middle of nowhere, where the sky was huge.

At first it was a love song, but that felt inappropriate with everything that was going on last summer. The song goes back and forth with what I want — you’ve tasted love and it tasted sweet, you’ve known what you’ve wanted, you’ve seen your dreams. But you have to let go of that facade of what you want for yourself because it isn’t going to happen. It’s hard to grapple with the realization that life isn’t going to be what you dreamt it was going to be.

How’s the record coming along?
Everybody will get why it took me four years when it’s done. The real shit is coming. The songs are written, I just need to get back down south to record them. The project deals with the subversion of Christianity, especially in the south. These women that say “God loves you” and preach the gospel, but they’re preaching their own gospel. “God’s Country” is the most indicative of what the record’s going to sound like.

When you eventually get to tour it, would you want to go beyond just the major American hubs?
I would love to do a farm tour. Have you seen Gaga’s “Perfect Illusion” video, where the stage is out in the middle of the desert? I want to set up stages in empty fields and have people stand around. I don’t care about playing stadiums, I’d rather be at dive bars. I want to be successful, but I don’t want it to get to an impersonal level.